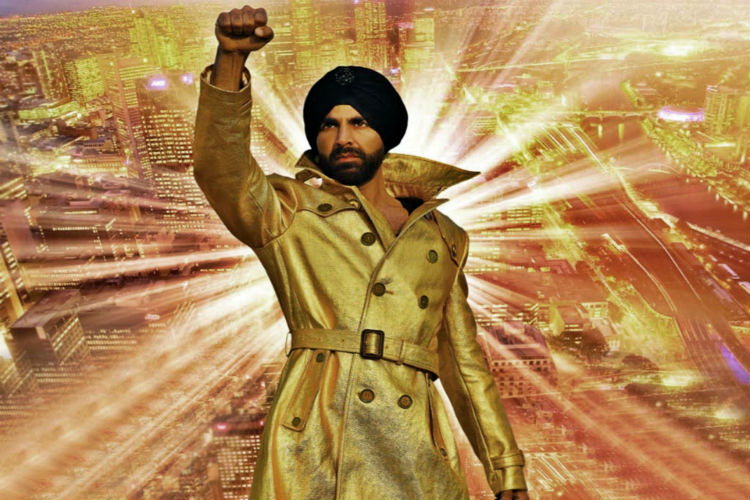 Bollywood actor Akshay Kumar along with his co-stars from his forthcoming film “Singh Is Bling” including Amy Jackson and Lara Dutta paid tribute to the Sikh community of fashion industry in the form of unique show titled “Style and the Sikh”. The collection showcased Sikh models with designs by JJ Valaya and choreography by Harmeet Bajaj.

Fashion Design Council of India (FDCI) president Sunil Sethi hosted a grand evening of fashion in an exclusive media preview of “Style and the Sikh”. The event showcased Akshay, Amy and Lara sauntering down the ramp in a “bling” themed fashion showing put together by the Singhs and Kaurs in the fashion industry.

The event started with the grand entry of Akshay followed by two actresses. The next in the line was the fashion show where Akshay, in a Sikh look, was the showstopper.

Post the fashion show, Akshay was asked that why Bling has been attached to the latest film and he said: “Bling is not related to outfit but to the imagination of people and how it has changed.”

The unique part about the show was that everyone’s outfit was inspired by Sikh culture. Not only this, even the models were Sikhs.

Sethi was also dressed in a Sikh look.

In “Singh Is Bling”, directed by Prabhu Deva, Akshay plays a Sikh character. The film will release on October 2.

A glimpse of 'Bigg Boss Nau' with Salman Khan