India is playing T20 Series against England in England. Fans are enjoying the match to the fullest. Fans have huge hope from team India. After all, India thrashed England brutally. The second T20 was played yesterday. However, one incident from the last match has left everyone shocked.

Opener batsman Shikhar Dhawan got out in the most bizarre way you could imagine. Fans are still confused with the way Dhawan got out. To those who missed the match, Shikhar got run-out, which is common but the way he got out is weird and stupid at the same time. He had to face the troll army for his mistake. 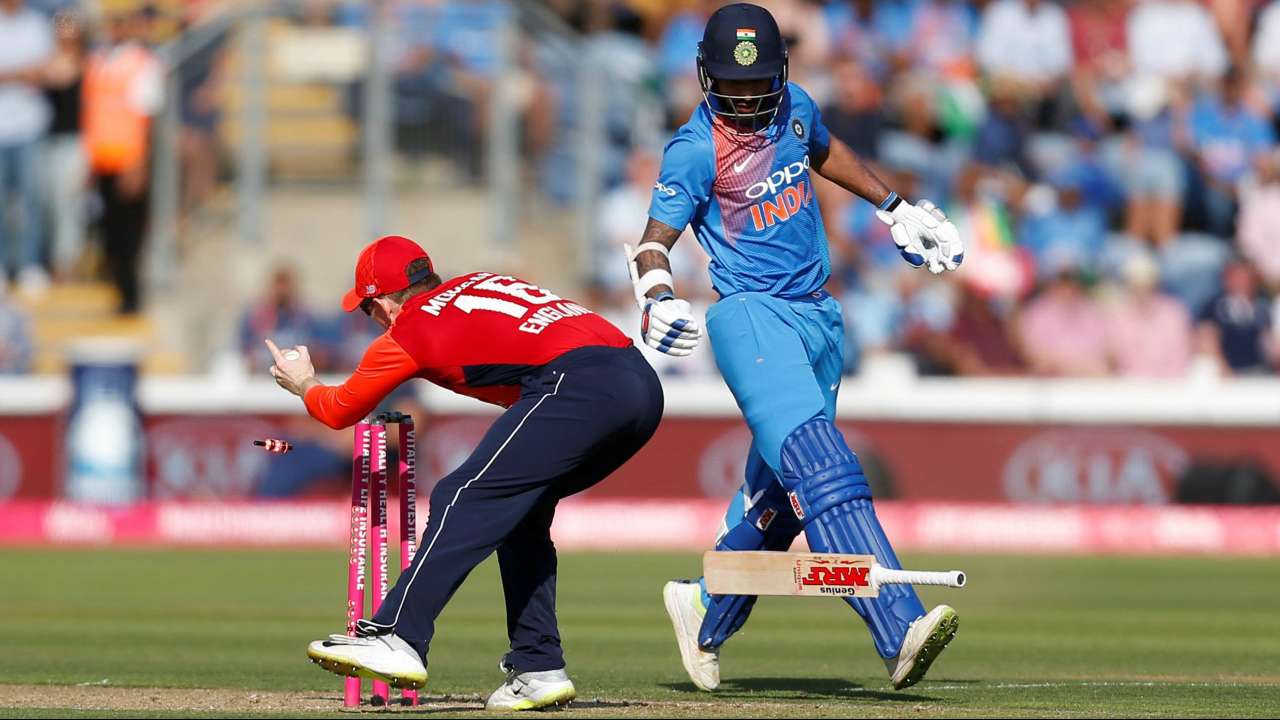 England won the toss and asked Virat Kohli to bat. Rohit Sharma got out cheaply and then this happened in the 5th over. Liam Plunkett threw the ball when KL Rahul and Dhawan tried to steal a single. However, Shikhar ran pretty slowly and casually. On top of that, his bat was slipping from his hand, which made the matter even worse. He failed to enter the crease and got run-out in the most bizarre way. It was a single for the taking but Dhawan failed to do so due to his laziness.

Twitter is not happy with Dhawan’s run-out for obvious reasons. Check out some of the reactions down below.

RUN OUT!
Comedy of errors there from @SDhawan25 who loses the grip of his bat while dragging his bat in the crease. Morgan makes a polite appeal & the replays find Dhawan's bat & feet up in the air.
Well we all know this is not the First time👿 @BCCI#INDvsENG #NotAcceptable