Like last year, this year too Aardhya accompanied her mom to Cannes film festival.Â Aishwarya Rai Bachchan and Aaradhya were spotted at Mumbai airport, leaving for the Cannes Film Festival late Thursday. Both mother and daughter were color coordinated. Aaradhya was spotted wearing a casual black frock which have pink and white balloon printed over it whereas her diva momÂ was dressed in a black top and trousers.

Have a look on series of pictures below:Â 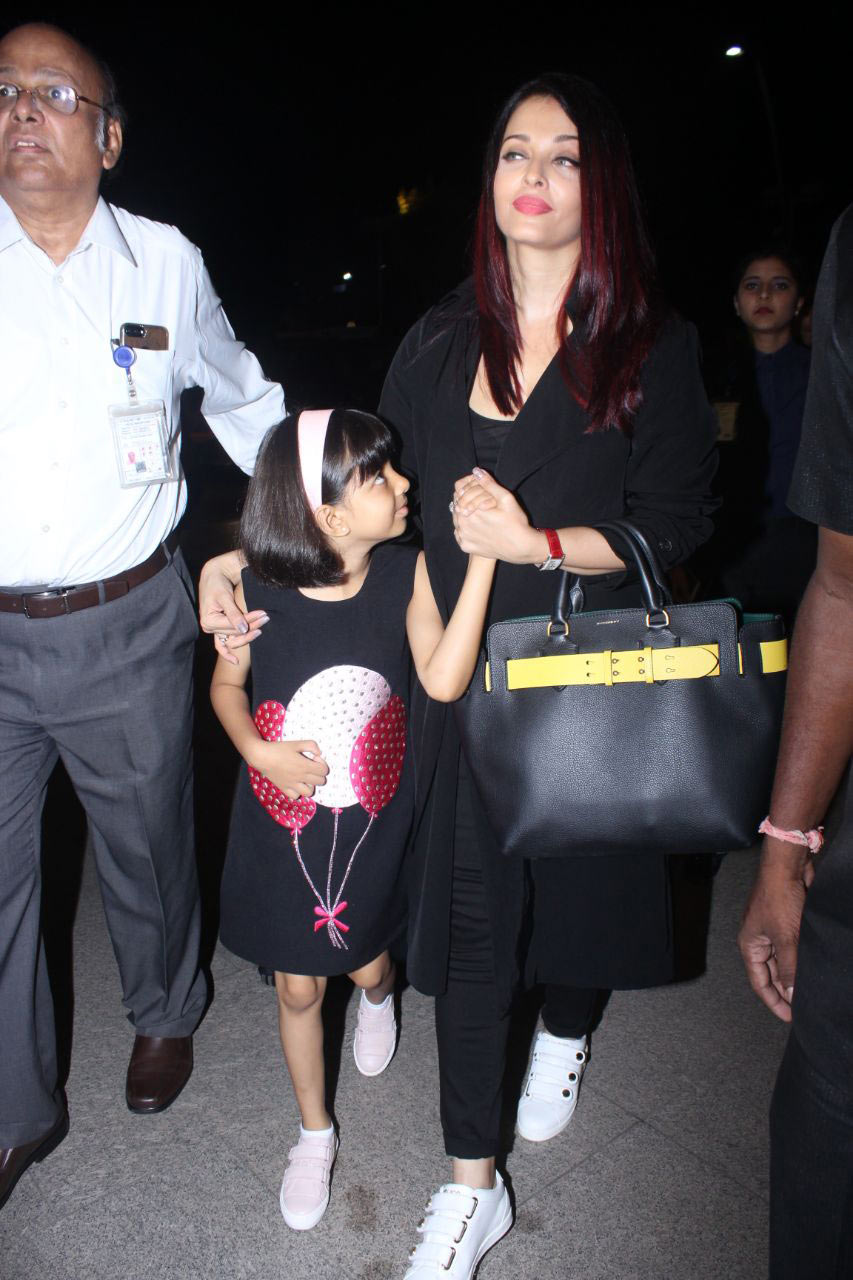 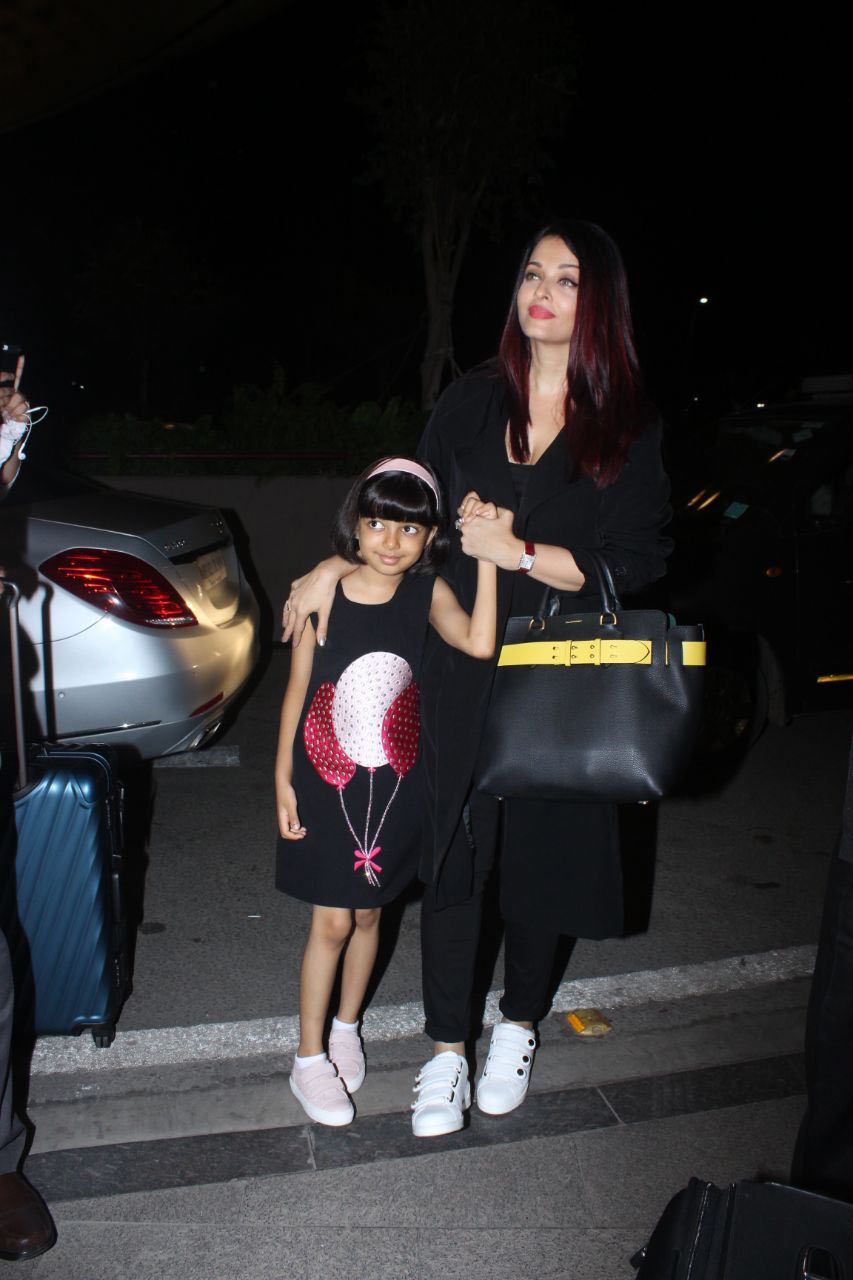 The 71st annual Cannes Film Festival is scheduled to be held from May 8 to May 19. Earlier it was reported that before walking on Cannes red carpet,Â Aiswarya Rai Bachchan will finally make her Instagram debut. This will be herÂ 17th Cannes appearance.

Lastly, Aishwarya Rai Bachchanw as spotted with Aaradhya atÂ Akash Ambani’s engagement bash where Nita AmbaniÂ especially called Aishwarya Rai to bring Aaradhya to the party.Â Leading daily quoted a source as saying, “There were other children invited too and what only a handful know is that it was Nita Ambani who specifically invited Aaradhya [Bachchan] to the party.”

Are you excited to watch Aishwarya walking at 71st Cannes red carpet? Share your views in comment section below and stay tuned with us for more latest news and Bollywood happenings.

Yami Gautam to chose between Pulkit Samrat and Career!