Home News & Gossip Scarlett Wilson Is Not Just A Dance Diva But ” Beauty With...

Scarlett Wilson, the girl that brought glamour to the item number in Bahubali and now ready to sizzle Jhalak Dhikhla Ja is not just a sizzling firang beauty but has good brains to display.

Scarlett was born and brought up in UK. She studied performing arts at the Tiffany Theatre College in London. Not just That She got trained in ballet and jazz. She has been dancing since the age of one. She came to India in 2009 to work in Bollywood and began with modeling. She also assisted on choreography for a known TV show Chak Dhoom Dhoom  and worked across many cities in various projects including television and commercial ads with actors like Hrithik Roshan and Saif Ali Khan.

In recent Interview to a news channel she has revealed her love for cooking and reading books. She is one person who is totally bookworm when talking about her hobbies apart from dancing.

“I do secretly love to read books, especially when I am under stress. When I come back after Jhalak, I prefer to read and get out of the zone, so I take half an hr. or so to work upon everything. “She said when asked about her secret hobby.

Her favorite author is Jackie Collins and the book she digs into is American Star. When asked about the tips she could give the people who loved to read books she suggested “One should go with what one enjoys, depends upon what you are feeling that day, I love to read love stories and cooking books would recommend the same to others”. 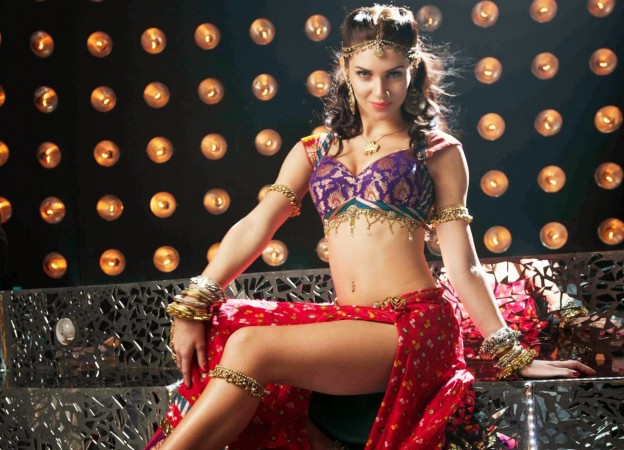 She has worked with many choreographers including Bosco-Caesar who suggested her to director Dibakar Banerjee. She worked in the item number “Imported Kamariya” in his political thriller film Shanghai where she even had a small role

After Shanghai she appeared in many item numbers in Bollywood films like Bajatey Raho and R… Rajkumar and in various South Indian films.

The girl is dancing well in the Dance based Programme Jhalak Dikhla Ja and her love for reading books shows us her ability to grasp knowledge from them. We wish her all the best