There is no doubt in the fact that Ranveer Singh is one of the most versatile actors in Bollywood. He has been applauded for his acting prowess in ‘Baand Baja Baarat’, ‘Lootera’, ‘Ramleela’, ‘Bajirao Mastani’, ‘Padmaavat’ and many more. 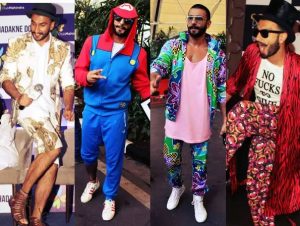 He has always remained in headlines not only because of his acting skills but also because of his weird fashion sense. Many times he has given opportunities to netizens to laugh at his quirky outfits. Not only netizens even Salman Khan took a jibe at Ranveer for his dressing sense. It was during the launch of ‘Bigg Boss 12’ that took place in Goa, Salman made fun of ‘vichitra’ style of Ranveer with a pun intended. 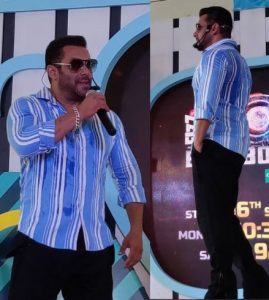 A media person was dressed differently and for his ‘vichitra’ outfit Salman Khan declared him the winner and handed over a prize. While handing over the prize Sallu said, “Yeh kapde select kaun karta hai aapke liye? Ranveer Singh?” (“Who select these clothese for you? Ranveer Singh?” 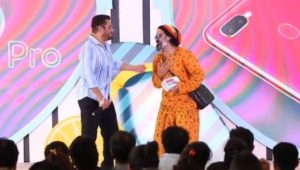 Now, let’s see how Ranveer Singh reacts to it.