Recently, the internet was buzzing with the reports that Salman Khan has not forgiven popular singer Arijit Singh and he threatened the producers of ‘Welcome To New York’ to replace Arijit’s song with Rahat Fateh Ali Khan.

To uninitiated, Arijit Singh had earlier posted a heartfelt letter to Salman Khan on Facebook, pleading the superstar to retain his version of Jag Ghoomeya in the movie Sultan. However, his voice was replaced by Rahat Fateh Ali Khan. If that was not enough, Atif Aslam sang a song in Tiger Zinda Hai instead of Arijit Singh. 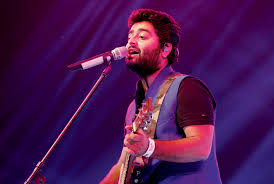 Now, the reports doing the rounds suggest that Salman Khan is making sure that Arijit Singh doesn’t sing a single track in a movie featuring him, no matter how small or big his role is. However, all these reports seemed to be complete nonsense.

According to the reports of online entertainment portal Bollywood Life, a source has rubbished Salman’s involvement in this regard. The source was quoted as saying to the tabloid,

“One needs to get this right that Welcome To New York is not Salman’s film. He just has one special appearance in the film so why will he even get into the music space? He himself is surprised after reading these baseless reports. Maybe Arijit could have lost out on the song because of his own monetary differences with the producers. After all, it’s the producers who take the final call”

Talking about the same, director of ‘Welcome To New York’, Chakri Toleti said,

“We are yet to decide on what to do. There have been films (with Pakistani singers), which have managed to go by without any hassle. There needs to be a balance between social responsibility and creative freedom. But people shouldn’t have to compromise on artistic liberties.”

There has not been any reaction from Arijit Singh about this whole new report. However, one cannot deny that it is really sad that Salman Khan is dragged into such controversies without any reason. Many people including Babul Supriyo have even slammed Salman for favoring Pakistani singers.

What do you think of this whole new controversy surrounding Salman Khan? Tell us your thoughts in the comment section down below. Stay tuned to Filmymantra.com for more updates.