Race 3 is all set to hit the theatres this Eid. The movie is making lots of noise on social media. People can’t stop talking about the film, even it means negatively. Ever since the trailer of the film released a few days back, people have been making jokes about everything from the trailer to songs. How can we forget one of the most epic dialogues of the century “Our business is our business, none of your business”? This dialogue has made Daisy Shah a household name for obvious reasons.

The dialogue became one of the most talked about topics for trolls and meme pages with several hilarious memes making their way to the social media. Not only trolls, even Mumbai Police took a dig at the dialogue educating people about data theft. 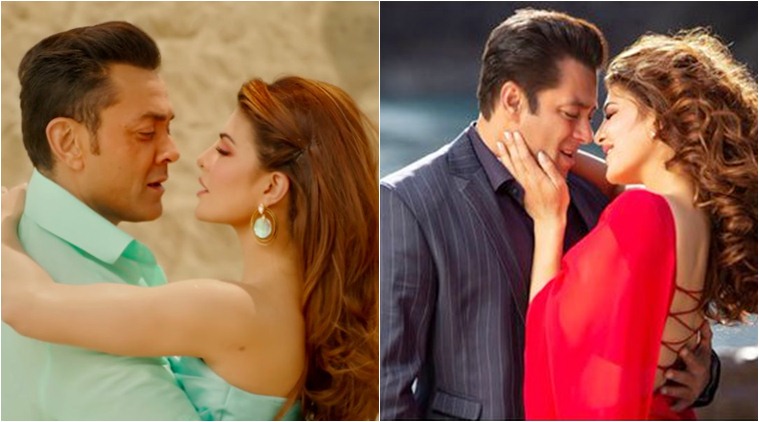 Now, the makers have released the second song of the movie titled ‘Selfish’. The song is going viral. One major factor for the same is the lyrics, which has been penned by one and only Salman Khan himself. Aatif Aslam and Salman’s alleged girlfriend Iulia Vantur have lent their voice to the song, which shows the romantic angle of lead actors Salman, Bobby Deol and Jacqueline Fernandez.

The song is looking exquisite with some amazingly beautiful locations. However, same can’t be said about the lyrics. People are trolling the lyrics written by Salman and Daisy’s dance stunt brutally. On top of that, they are even comparing Salman with Dhinchak Pooja.

To uninitiated, Dhinchak Pooja is an internet sensation who is known for her whacky song and non-bearable lyrics. She even took part in Bigg Boss 11, but got evicted pretty quickly, RIP all Dhinchak fans. Bhai even trolled Dhinchak during her stay in BB11 house, but Twitter thinks that he can’t troll her anymore, as his song Selfish is as bad as hers.

Bhai i am a huge fan of yours, but please only do the acting thing. U are not meant for other things. U just ruined @itsaadee voice and iulia ventur wasnt even needed. Please bhai #selfish is the worst song of atif aslam. And u shouldnt do the casting thing also.

#Selfish read somewhere that @BeingSalmanKhan has written the song. All my doubts are cleared now. First it was ZERO in acting now ZERO in writing too. Worst song of the year. Worst movie of the year for sure.

Some of the best lyrics penned by legendary lyricists. pic.twitter.com/QTbOdSFOat

What do you think of the new Race 3 song? Do share your thoughts in the comment section down below.

Shilpa Shetty SHUTS DOWN Hater Who Said She Is Showing Off By Celebrating Bday At Old Age Home!