2019 started with a big loss for Men in Blue, as they lost first ODI match against Australia by 34… 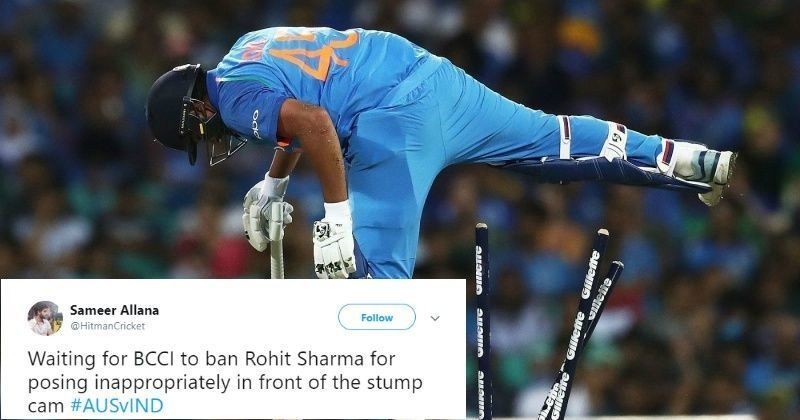 2019 started with a big loss for Men in Blue, as they lost first ODI match against Australia by 34 runs despite Rohit Sharma’s master class innings. Australia opted to bat after winning the toss and put up 288 on the board. 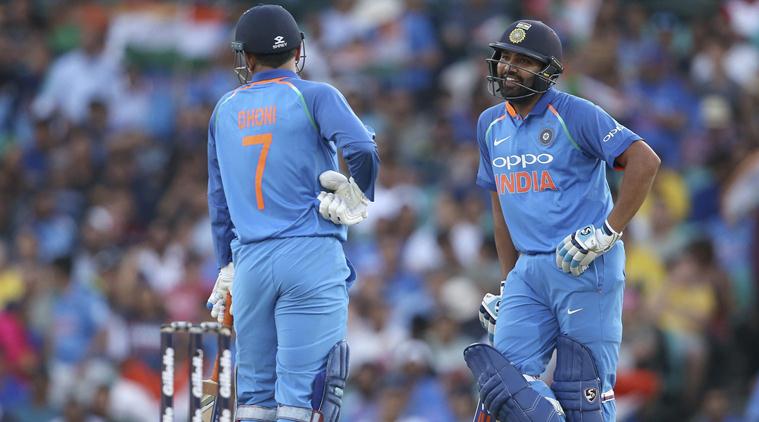 However, Rohit Sharma and MS Dhoni played magnificently. At one point, we believed that India would win the match. All hopes for India’s win shattered when Dhoni was given out LBW. Now, all hopes rested on Rohit, who didn’t find any support from other batsmen. Rohit got out after scoring an important 133 runs, which was not enough to win the match.

However, one incident from India’s chase has left Twitterati laughing and it involves Hitman. It so happened that Rohit fell over the stumps when he was reaching to the crease. You can check out the picture down below.

Soon netizens started giving hilarious reactions to the same. Check out some selected Tweets down below.

I think he is bhuvneshwar Kumar.

I thought this when that actually happened," Someone's gonna come up with this, sooner or later"🤣🤣, but his efforts though 😞😞😞😞😞😞

Not bcci its Diana who spoil Indian cricket

Only Genius can capture this .. hats off bro

Imagine if he had a little thought about his wife at that time. The things which you have mentioned might have come true.