Ranveer Singh has reached to a new level in Bollywood, all thanks to his sheer dedication and hard work. The actor is currently one of the most popular and acclaimed young actors working in Hindi film industry. 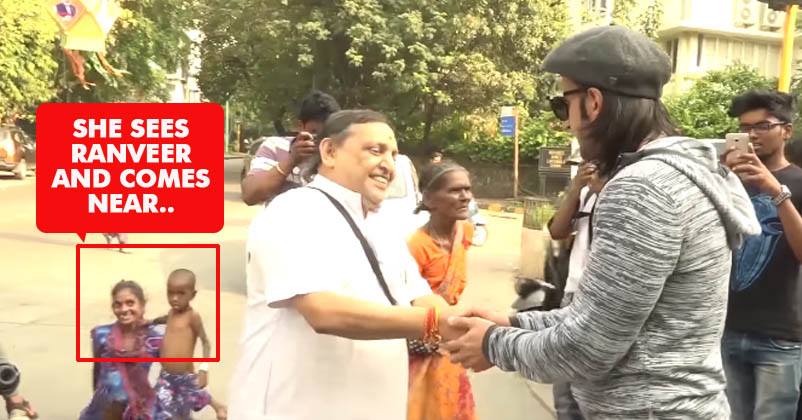 Despite getting so many accolades and fame, Ranveer has always been grounded. The actor is known for living his hearts out. The actor does what he feels to. He is the most down to earth person in the industry. The success has not affected the actor in any way.

Several celebrities start behaving badly with public and fans, once that get some fame. They think that they can do anything because they are famous. But that is not the case with Ranveer Singh. He is the most positive person in the industry. A negative attitude has not touched the actor and we hope he stays that way forever.

Currently, a video of the actor is going viral on social media. In the video, Ranveer is posing with his fans for Selfies, who were shouting “Baba, Baba”.

At the same a time a lady beggar with a kid comes to him. She just wanted to shake hands with the actor. The best part about the video is what Ranveer did after that? His gestures will certainly melt your heart and you’ll start respecting him even more. Ranveer shook hands with her as he was greeting all his fans.

Watch the video down here and Appreciate his gesture:

We are so thrilled with this gesture of Ranveer Singh. People here don’t even like a beggar to come near him. We hope people learn something from Ranveer and at least start treating the beggar like a human.