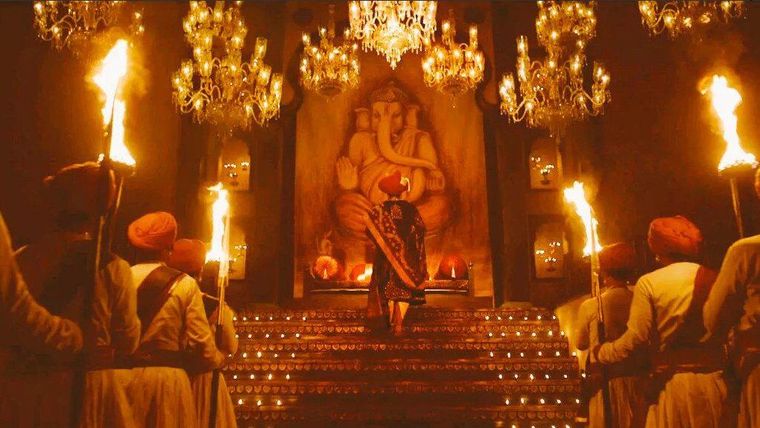 Ahead of Ganesh Chaturthi, which will be celebrated on Thursday, actors Ranveer Singh and Deepika Padukone will launch “Gajanana”, a track from their new movie “Bajirao Mastani”. The song is said to be dedicated to Lord Ganesha.

His message was accompanied by an image of Lord Ganesha, and super-imposed on it is a message which reads: “Witness history being created with a Guinness World Record for largest crowd forming a human still of the mosaic image of Ganapati.”

Ranveer and Deepika will do the ‘maha aarti’ at the launch, to be held at the Shree Chhatrapati Shivaji Sports Complex, Balewadi, at Pune on Tuesday.

The film will release on December 18.

Given Bhansali’s repertoire of making larger than life films with appealing location, incredible costumes and spectacular scenes, hopes are high from “Bajirao Mastani”.