Business tycoon Mukesh and Nita Ambani’s eldest son, Akash Ambani, is all set to get engaged to Shloka Mehta, the youngest daughter of Mona and Russell Mehta, owners of Rosy Blue Diamonds. The engagement will be held at the Ambani residence, Antilia. On 27th June i.e on Thursday, there was a Mehendi ceremony at the Ambani residence. Pictures of the bride-to-be as well as her sister-in-law, Isha Ambani, and Priyanka Chopra with the couple have gone viral on social media. 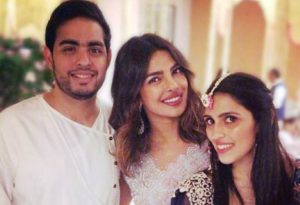 Bollywood stars have started arriving at Antilia. From SRK to Gauri Khan to Ranbir Kapoor to Alia Bhatt, many A-listed celebrities are seen entering the Ambani residence.

Wow! Alia Bhatt looks so gorgeous in the pink saree. 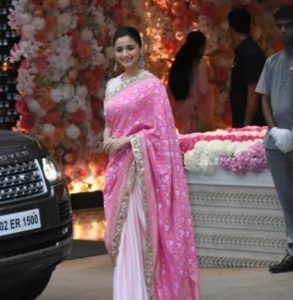 Karan Johar in a maroon sherwani. 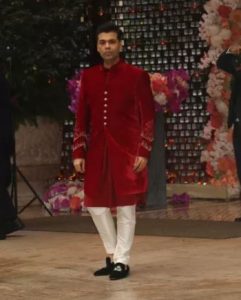 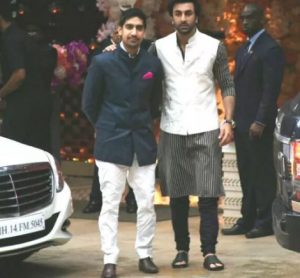 SRK arrives with his better half, Gauri Khan. 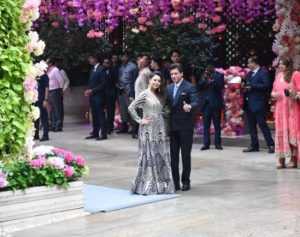 As per reports in India Today, Shah Rukh Khan will be hosting the party. He will be performing at the event as well and will be accompanied by other Bollywood stars. Talking about the engagement ceremony, it is going to be a grand one. A high-profile floral designer Karen Tran has been brought from California. The event is managed by wedding planner Seven Steps Wedding. Laduree, a French luxury bakery is hired for mouth-watering eateries.