On 15th June on the occasion of Eid, Salman Khan’s ‘Race 3’ released in theatres and it made a grand opening of  Rs 29 crore. The reviews are not as good as it’s earlier installments, the movie has still entered the 100 crore club. On day 4, it made a collection of Rs. 120.71 crore! The collection has dropped yet the collection on day 5 stands at Rs 132.76 crore at the box office. On Tuesday it collected Rs. 12.05 crore. 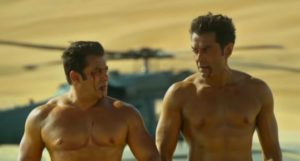 Race 3 has already earned Rs. 130 crores but as per statistics the collection is dropping and if it goes this way it will be very difficult for the movie to enter the 200 Crore Club. 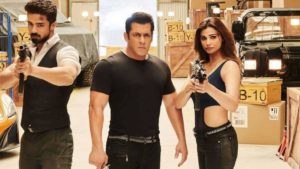 It is the third installment of Race franchise and Salman Khan has co-produced the movie with Ramesh Taurani. On 29th June Rajkumar Hirani’s ‘Sanju’ is releasing and ‘Race 3’ has a tough competitor. The oldest member of the Race family is Anil Kapoor and he has pulled off his role quite well. Other stars in the movie are Bobby Deol, Daisy Shah, Saqib Saleem and Freddy Daruwala.