The Box Office report doesn’t predict the future of a movie. This is what the entire team of ‘Sarbjit’ is probably thinking. The Randeep Hooda and Aishwarya Rai Bachchan starrer movie gained a lot of critical acclaim for their roles in the biopic of ‘Sarbjit’. But the movie was not at all satisfying from the economic point of view. The movie is based on the real life story of a farmer named Sarbjit who gets arrested by the Pakistani army for crossing the borders. Sarbjit’s sister fought with the Pakistan Government to prove the innocence of her brother which she eventually succeeds. But unfortunately just before Sarabjit is released from prison, he is attacked by other prisoners. He suffers fatal injuries which lead to his death on 2nd May, 2013. Director Omung Kumar casted Randeep Hooda, Aishwarya Rai Bachchan and Richa Chadha in the lead roles of Sarabjeet Singh, Dalbir Kaur (Sarabjit’s sister) and Sukhpreet (Sarabjit’s wife) respectively

Before the movie was released, much hype was created regarding the loss of 18kg weight by Randeep Hooda within a span of 28 days to suit the character. Despite much criticism, Director Omung Kumar stayed positive in casting Aishwarya Rai Bachchan as Sarabjit’s sister. Contrary to the efforts of the team, the Box Office reports were really disheartening. But good news came in when Producer Vashu Bhagnani decided to submit this movie as a contender of the academy awards. The producer said “We will send it as an entry, independently or in the race with other films. We will channelise our energy to make sure Sarbjit is in the race to become India’s entry to the Oscar this year”. Bhagnani also added that he wishes to enroll this movie in the competition for the national awards. Now it is time for every Indian to watch if this Pooja Entertainment’s production lives up to the expectations of 1.2 billion Indians.
Wishing a very good luck from the entire team of Filmymantra for the success of the movie at the Oscars 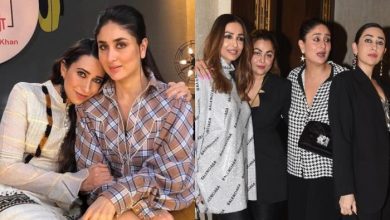 Did You Spot SRK In Ae Dil Hai Mushkil Trailer?