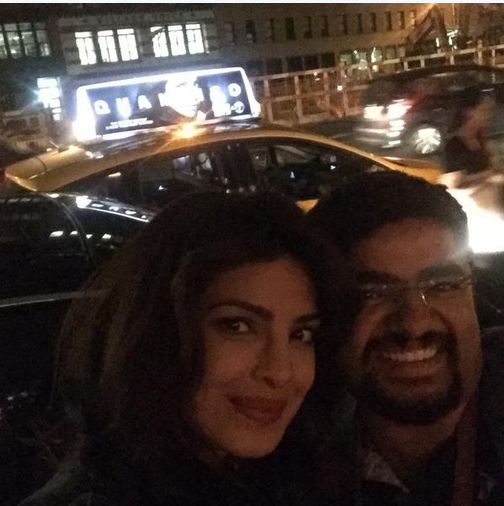 Bollywood actress Priyanka Chopra, who is gearing up for the premiere of her “Quantico” debut international TV show, has revealed the identity of her role of FBI officer Alex Parrish in the show with her fans on social media.

“A few things you should know about #AlexParrish, before tuning in to the @QuanticoTV premiere on ABC this Sunday,” she captioned the image.

As per the information written on the card, Alex has the quality of instantly reading people’s mind and she “instinctually trusts few”. Also she is fiercely competitive and naturally gifted.

“Quantico”, which is slated to go on air on Sunday, also stars actors Jake McLaughlin, Tate Ellington and Graham Rogers, who all play fellow recruits.

The show will narrate their adventures and experiences as they train on Quantico base in Virginia, and secrets of their past start to emerge.

Priyanka, who is currently in Los Angeles, will have some “family love” by her side for the “Quantico” premiere. Her brother Siddharth Chopra and mother Madhu Chopra are with the “Mary Kom” star for the launch of the show.
“One day to go..needed some family love!So happy to have @madhuchopra @Iamsidchopra with me on the eve of #Quantico,” she tweeted.

When Divyanka surprised her onscreen daughter