Time Magazine’s May 20 issue features Prime Minister Narendra Modi on its cover with a controversial title calling him “India’s Divider in Chief”. The cover shows a caricature of PM Modi and discusses the rising populism in democracies of countries like India, Brazil, Turkey, the USA, and Britain.

Aatish Taseer has written the story with a headline “Can the World’s Largest Democracy Endure Another Five Years of a Modi Government?” 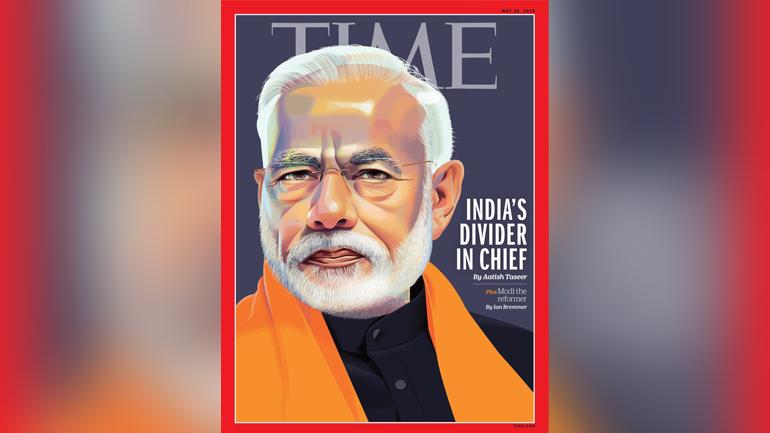 The article starts with a sentence like “Of the great democracies to fall to populism, India was the first.” Under Prime Minister Modi, “nation’s most basic norms, such as the character of the Indian state, its founding fathers, the place of minorities and its institutions, from universities to corporate houses to the media, were shown to be severely distrusted.”

The article also discusses Gujarat riots, which took hundreds of lives when Narendra Modi was chief minister of the state. The article talks about the relationship between Hindu and Muslim blaming Modi for him being pro-Hindu. The article also states that Modi is not working in the interests of Muslims in the country. 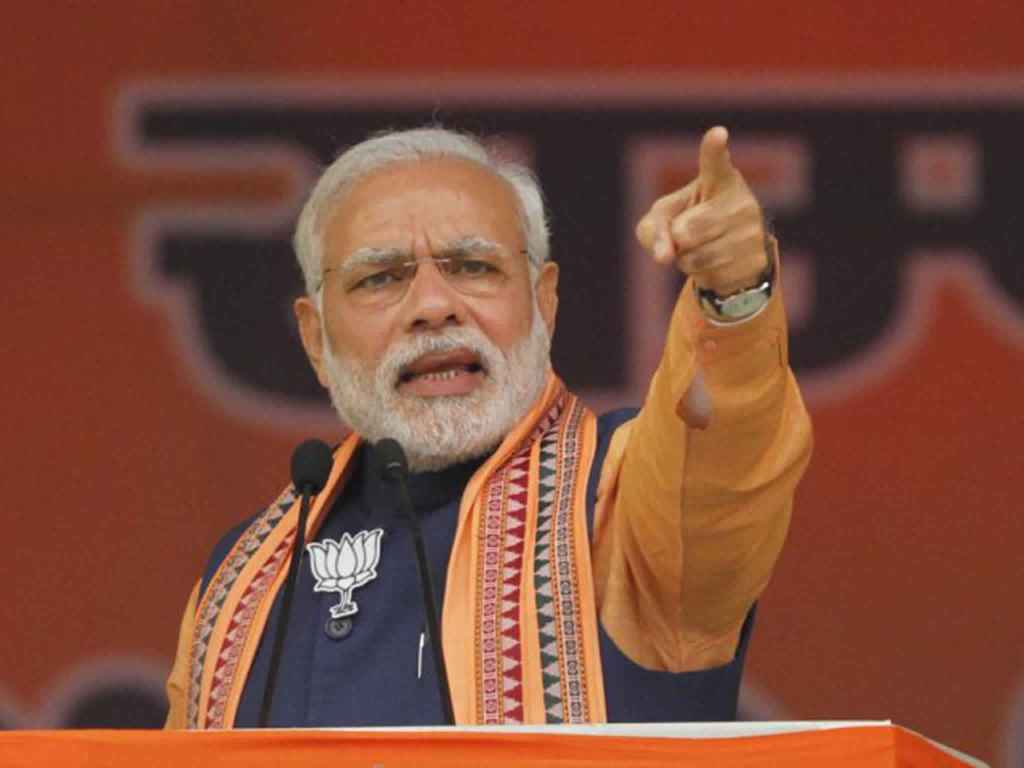 This is not the first time the international magazine has criticized PM Modi, an article in 2012 described Modi as ambitious, controversial and shrewd politicians.

Looks like even Time Magazine has the same views. Now whole world knows that we have a divisive PM in @narendramodihttps://t.co/qTxSmu6PfD

Who is the chief of real ‘Tukde Tukde gang’? I think, the world knows best. https://t.co/AJZPy2w88M

While India's Divider in Chief Modi and BJP are busy hiding behind Rajiv Gandhi and INS Viraat, Gujarat faces massive water shortage. The elections are over in Gujarat. Who will listen to their pleas??

Lesson – never ever vote for BJP.#Vote4Governancehttps://t.co/0gfVfQRbRK

#TimeMagazine addresses Modi as "India's divider in chief" in its recent issue, while #IndiaToday in its 2002 year end issue after the Gujarat anti-Muslim pogrom addressed him as "Master divider". The man and his politics thrive on blood, communalism and religion based division. pic.twitter.com/EVKyH1iao8

Who is the chief of real ‘Tukde Tukde gang’? I think, the world knows best. https://t.co/AJZPy2w88M

Very true PM Modi has been nothing but "India's Divider in Chief". His divisive politics has damaged the social fabric of country very severely. #JitegaModiJitegaBharathttps://t.co/KY5V7kQgrf

Now, he will be crying & seek vote by saying that the world top magazine has abuse me by saying – “India’s divider in chief” ! https://t.co/VO4T85PciM

Time Magazine calls Modi "India's Divider in Chief".
His opponents calls him an authoritarian Ruler.
His followers see him as their Compass, and hope he has a Protracted rule.
Frankly, Modi is sounding more and more like a Geometry Box.

What do you think? Do you agree with Magazine’s cover story? 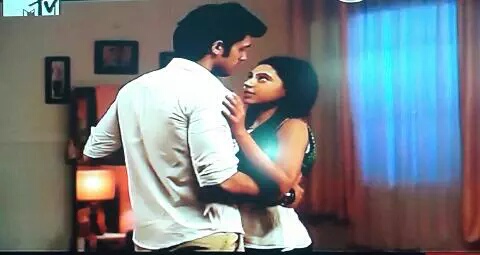 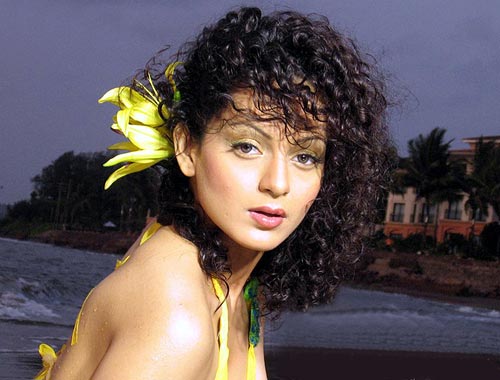 Kangana Ranaut has no fear of her Career Ending! She Already Has A Success Story 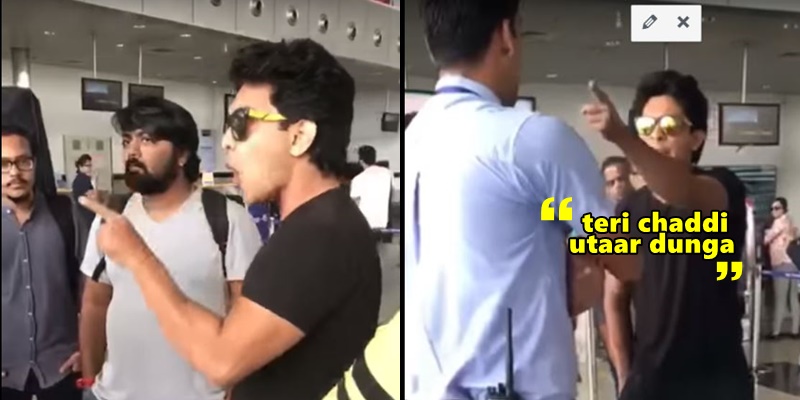 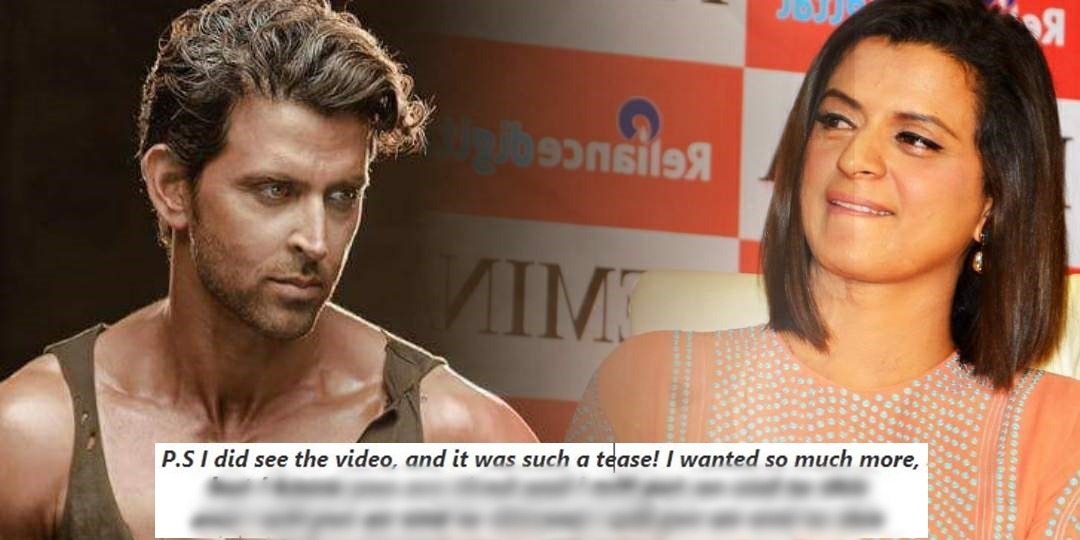 Rangoli LEAKS Private E-Mail Sent By Hrithik To Kangana, Along With A VIDEO CHAT!!