Nick Jonas and Priyanka Chopra exchanged vows in a Christian ceremony on December 1 and got married according to Hindu custom on 2nd December. Post Roka ceremony, Priyanka’s sister- Parineeti Chopra revealed that she would not settle for anything less than $5 million for joota-chupana ceremony, a custom where bride’s sisters and friends hide groom’s shoes and return only if the groom fulfills their demands. Earlier, there was buzz stating that Parineeti was in process of negotiating with Nick Jonas as he had said that he will give only 10 dollars for his shoes. 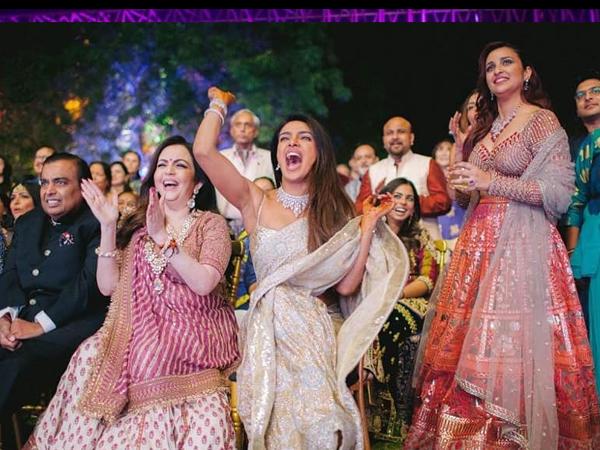 She tweeted, “To all those speculating the joota hiding money – you know nothing!! All I can say is – you’re wrong!!!!! Haha. Nick was MORE THAN CRAZY HUGELY MADLY GENEROUS! No words. Still reeling. Phew. He shocked us. Whatta playa!!! @nickjonas”.

To all those speculating the joota hiding money – you know nothing!! ☺️☺️☺️ All I can say is – you’re wrong!!!!! Haha. Nick was MORE THAN CRAZY HUGELY MADLY GENEROUS! No words. Still reeling. Phew. ❤️ He shocked us. Whatta playa!!! @nickjonas

After newly weds shared few glimpses from their Sangeet and Haldi ceremony, Parineeti posted a warm welcome message for Nick.

She posted, “The job of us bridesmaids was to make sure the bride was happy and comfortable at all times..But we didn’t have to worry about it- coz Nick promised to do it all his life. Welcome to the family Nick”