The general election 2019 in the largest democracy on the planet ended with the last phase of polling on May 19, yesterday. The Lok Sabha Election 2019 saw some truly inspiring stories of people, who went extra miles to cast their valuable vote. Social media and the internet are filled with several stories that prove how much Indian value their precious vote. One similar story of a conjoined twin has gone viral on social media.

We are talking about no one other than conjoined twins from Bihar Farah and Saba, who cast their time votes as separate individuals in Patna. The first time voter won lots of hearts, as their picture from polling goes viral. 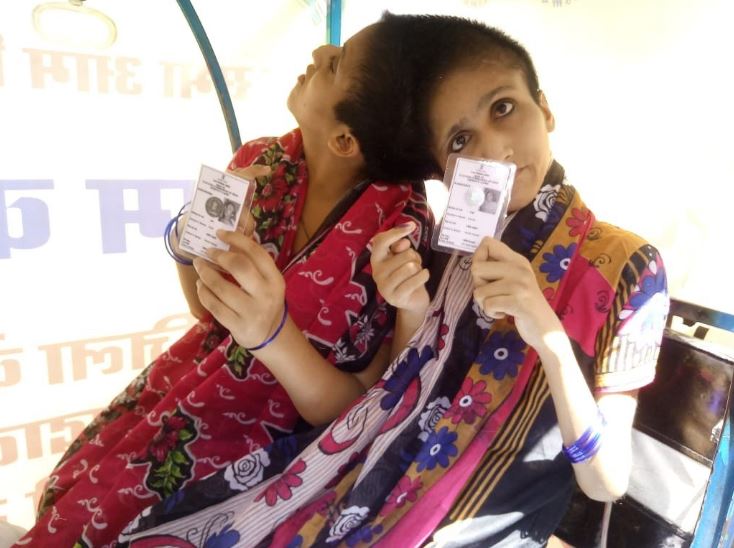 According to the report of ANI, the conjoined sisters were given independent voting rights in Patna and they did cast their first-time votes in Patna yesterday.

The official Twitter handle of the Election Commission of India shared a picture with a caption that reads, “A victory for democracy! Saba & Farah, the conjoined sisters of #Patna cast their vote as separate individuals with independent voting rights for the first time”

A victory for democracy!
Saba & Farah, the conjoined sisters of #Patna cast their vote as separate individuals with independent voting rights for the first time.#GotInked #GoVote #LokSabhaElections2019 #Phase7 pic.twitter.com/gTYF66jr0K

The picture soon went viral on the micro-blogging site with countless responses from the Netizens. Twitter can’t stop praising Farah and Saba for their dedications towards the election. Look at some of the tweets down below:

This is the beauty of our nation & democracy..

Wow this is real beauty of Indian democracy.. we are so much proud of you. Kudos to your efficient teamwork to conduct peaceful and successful elections in subcontinent huge country like India👌👌 proud

For the first time in India…