2016 has been the year of divorces and heartbreaks. Many couples who have been together since years, even married since more than 10 years could not stand the test of time and get separated. Of course, each and every couple who got separated received media limelight and was in news for quite some time. But soon the news died away. But it seems like there is one couple who cannot stop being in the limelight throughout the year. They have been together for a number of years and once when they decide to part ways paparazzi is following them everywhere possible. 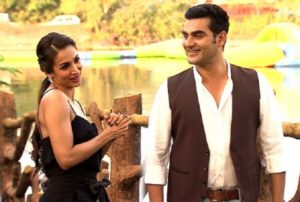 Yes, you might have guessed to right. I am talking about the power couple â€“ Arbaaz Khan and Malaika Arora Khan. Both of them were making headlines with their nude photo-shoot years back. After the much controversial photo shoot, the actors soon tied the knot and were enjoying a blissful married life since years. They also have an adorable son who is now a teenager. But since some time, there were speculations in media that, the actors are not getting along with each other.

Aryan Khan and Jhanvi Kapoor All Set To their Bollywood Debut

This Instagram Video Shared By SRK Will Leave You AwwwStruck!