Indian cricket team led by Skipper Virat Kohli is playing five-match ODI series against Australia. In the first two ODIs, India showed its prowess and won the match comfortably. The second ODI match was a close match, which went down the wire, but India emerged as the winner after all leaving skipper Kohli pleased, as he said that the close finish gives the team confidence and would prove beneficial in upcoming ICC World Cup 2019 scheduled to be played in England. 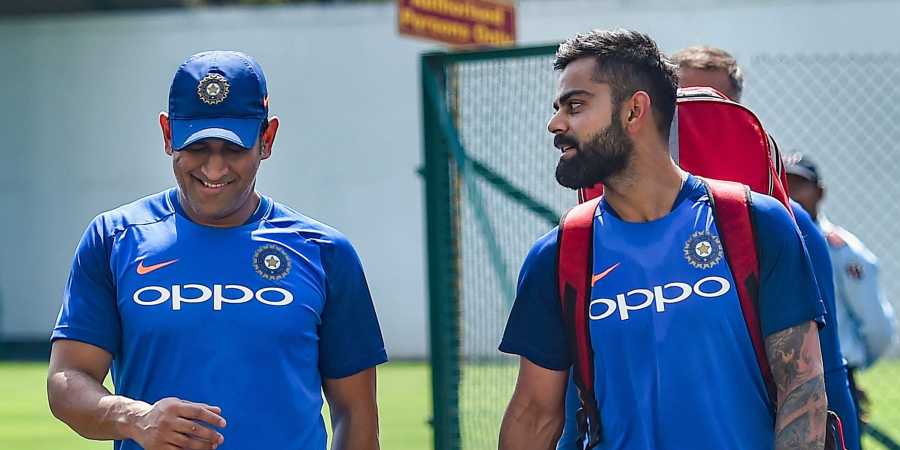 Today, India is playing the third ODI against Aussie in MS Dhoni’s hometown Ranchi. Men-in-blue would look to finish the series with the win.

In a video now gone viral, one can see MSD accompanying the team out of the Ranchi airport. You can check out the video down below.

Before the match, MS Dhoni and his wife hosted the Team India for a lavish dinner at his farmhouse in Ranchi. If pictures shared by Yuzvendra Chahal, skipper Virat Kohli, opener Shikhar Dhawan have anything to go by, the men-in-blue seemed to have a gala time at the dinner. Dhoni himself picked up his teammates and welcomed them at his house. Look at the pictures down below.

There is lots of speculation about MSD retiring after the upcoming World Cup, which means it might be the last time he is playing an international match at JSCA International Stadium Complex in Ranchi.