2018 is going to be a big year for Katrina Kaif. After all, she is part of two of the biggest films of 2018. Firstly, she will beÂ seen Thugs of Hindostan alongside Aamir Khan, Amitabh Bachchan and Fatima Sana Shaikh. After that, Katrina willÂ feature in Anand L. Raiâ€™s Zero also featuring Shah Rukh Khan and Anushka Sharma. 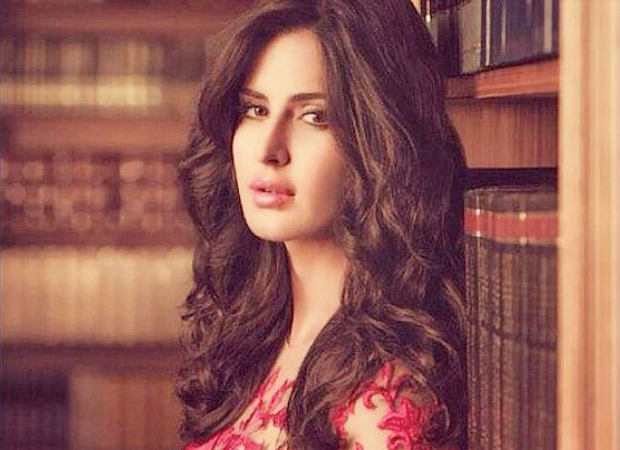 Katrina has made her own in Bollywood despite being an outsider. She enjoys a huge fan following even on social media. Her Jodi with superstar Salman Khan is one of the best on-screen jodis in Bollywood. After Tiger Zinda Hai, both of them are reuniting once again for Bharat directed by Ali Abbas Zafar.

Despite so much popularity and fame, fans donâ€™t know that her real name is Katrina Turquotte. Her surname was so difficult to pronounce that the makers of her debut film Boom gave her a surname that would be easy for the Indian audience. Initially, they zeroed in on Katrina Kazi but soon drop this idea. That time, Mohammad Kaif was doing wonders in cricket, so they gave her new name Katrina Kaif. Interestingly, the surname of her father is also Kaif.

Mohammad Kaif has single-handedly changed the fielding status of India with his amazing fielding. Who can forget his innings against England in final of NatWest Trophy? It is still fresh in the minds of every cricket lovers. He has retired from the cricket, but he is very active on social media. 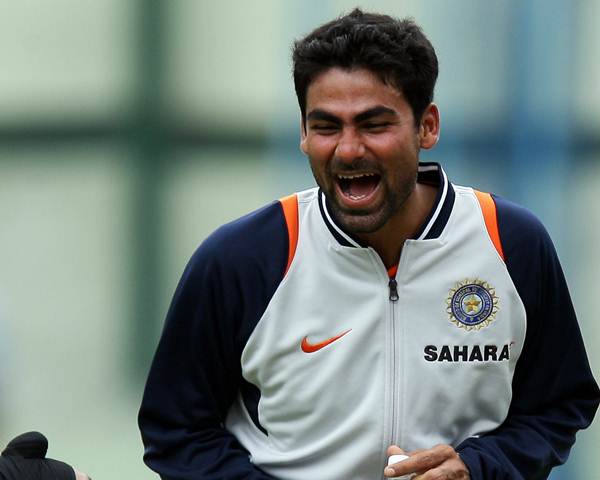 Just recently, Kaif started #AskKaif session on Twitter. He received tons of questions from fans. However, one question from a fan has caught everyoneâ€™s attention. One of the fans asked Mohammad Kaif if he is related to Katrina Kaif. His question didnâ€™t end there, he also asked if they are not related then is there any chance of a relationship in future.

The Twitter user asked, â€œSir are you related to Katrina Kaif? If not, then do you think thereâ€™s a chance in the future? 😉 #AskKaifâ€ 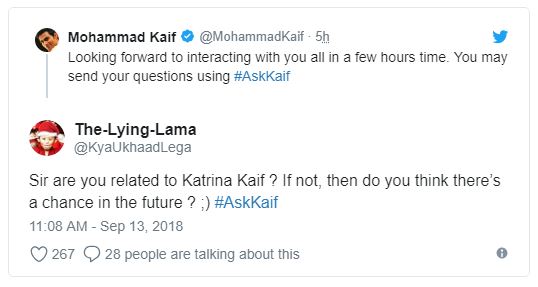 Kaif gave an equally awesome answer to the fan. He replied, â€œNot related yet 🙂 Baaki, already happily married. But heard an interesting story of how Katrina got her surname Kaif, according to that story it has a connection with my nameâ€ 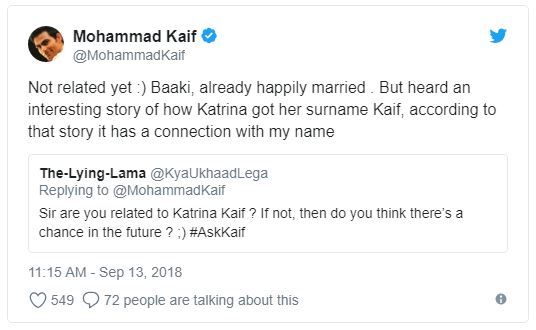 Even Twitter loved his epic response. Check out some of the reactions down below. 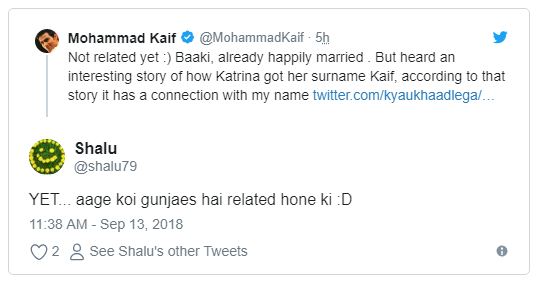 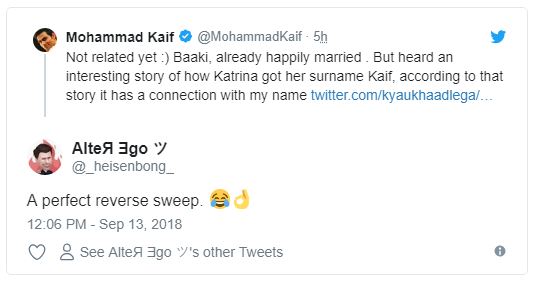 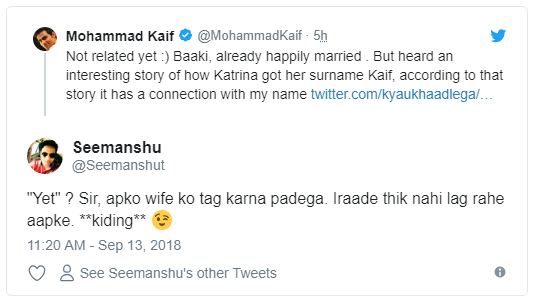 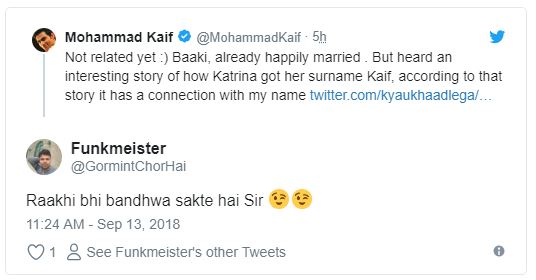 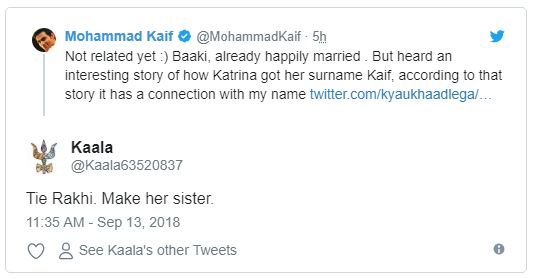 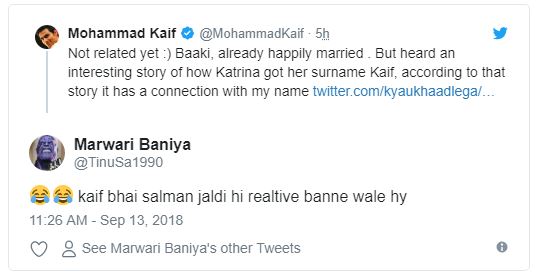 Itâ€™s funny! We wonder what Salman has to say about this. 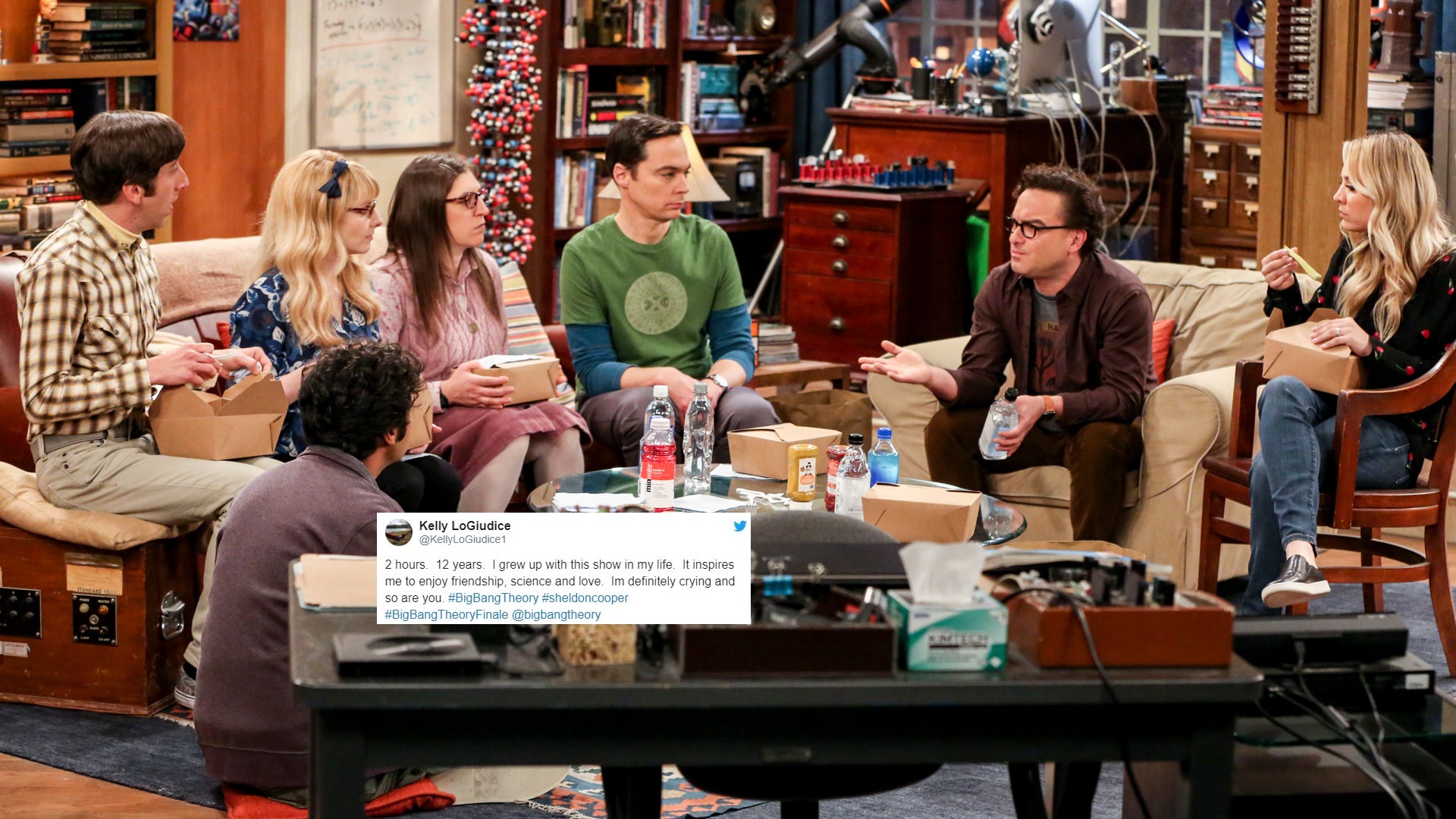 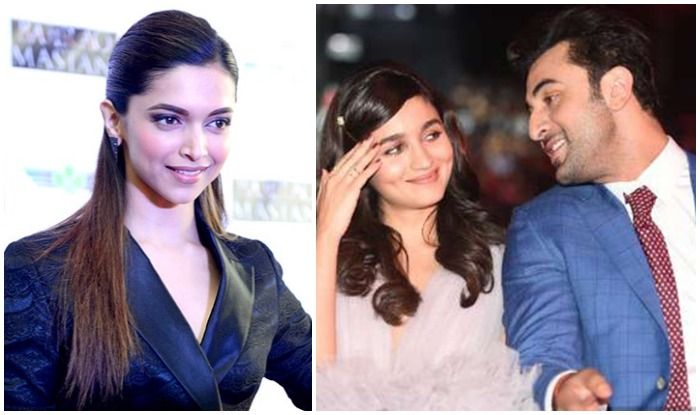 EXCLUSIVE! Did Deepika Padukone know about Ranbir-Alia before everyone else? 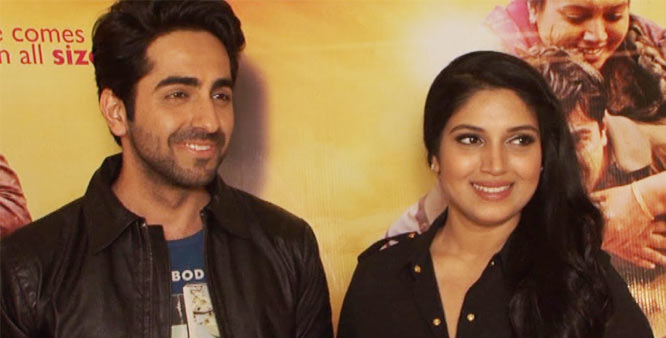 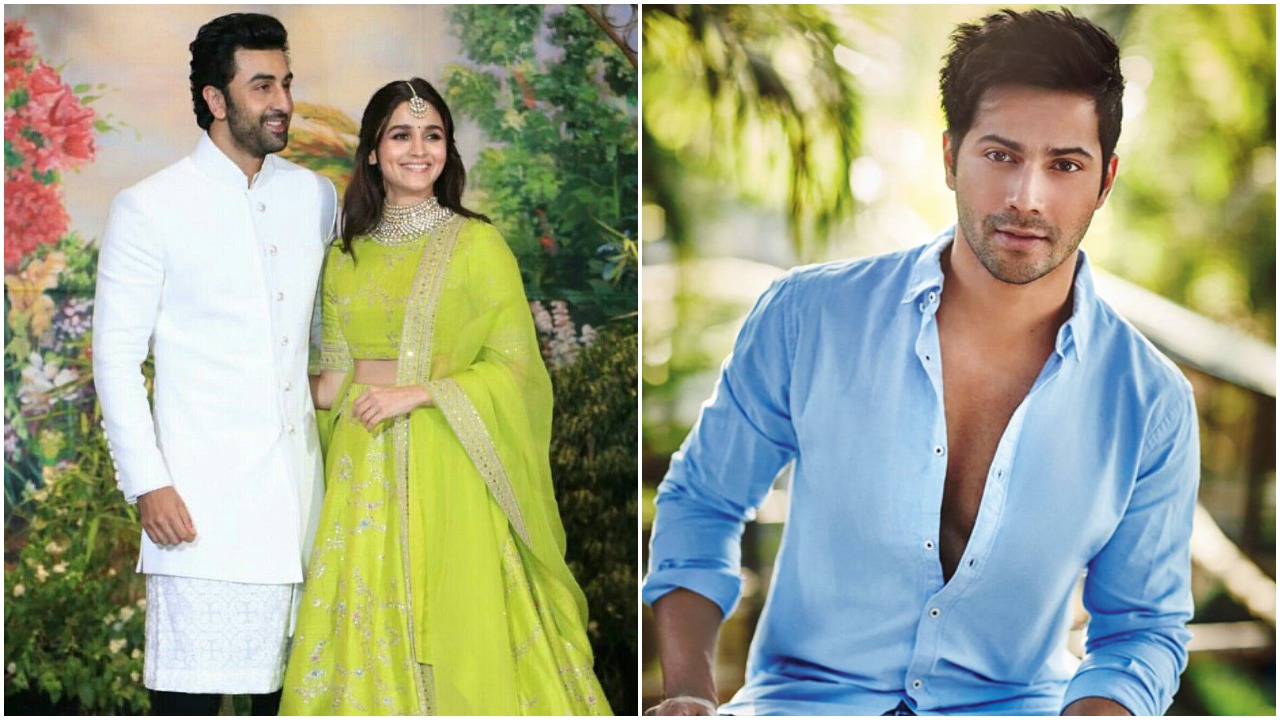