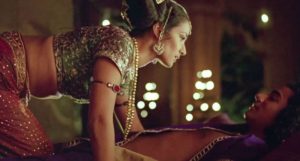 As per reports, Kama Sutra is made on a very low budget that is 1/100 of Avengers: Infinity War. One more interesting fact is that Kama Sutra isn’t a blockbuster and still in the top 10 list. As per ScreenCrush report, Matt Singer mentioned, “No, that’s not a typo, a trailer for the 1996 Mira Nair film Kama Sutra: A Tale of Love has been viewed 91 million times. I guess YouTube users just love Mira Nair! There’s really no other possible explanation.”
‘Kama Sutra: A Tale of Love’ was the story of a queen and her maid. It starred Indira Varma and Sarita Chaudhury in the lead roles. Rekha made her debut with this English language movie. This is not the first erotic movie based on kamasutra. In 1984, in the movie ‘Utsav’ there were mentions of ‘kamasutra’ and it starred Rekha along with Shashi Kapoor. 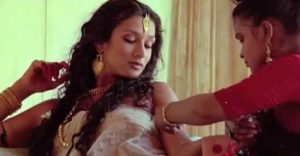 Do you think ‘Kama Sutra’ will be able to break all the records? Do let us know in the section below.