Ekta Kapoor’s vamps and villains play special characters in the serials and who can forget the famous ‘Komolika’ played by Urvashi Dholakia. She became the iconic character with her vamp avatar. Ekta Kapoor is returning with the second season of the popular show ‘Kasautii Zindagii Kay’. Earlier there was news that ‘Ishqbaaz’ vamp Reyhna Malhotra might play the role of ‘Komolika’. But as per the latest development, Madhurima Tuli will be playing the role of Komolika in the remake version. 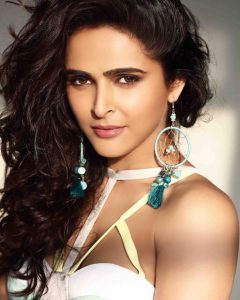 Popular TV actress Erica Fernandes will be in the lead role and she will play the role of ‘Prerna Basu’ in the show. Erica has already started shooting for the promo and we can see the pictures on her Instagram fan pages. Till now the male lead roles are not yet decided. But Barun Sobti and Ssharad Malhotra names are considered for the male lead role. 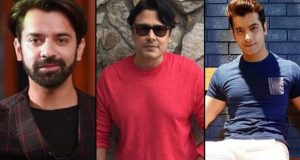 As per news in India Forums, “We have it from sources that Madhurima Tuli, who was last seen in Ek Mayavi Prem Gatha-Chandrakanta has been roped in to play the antagonist in the show.” Also talking to the portal, the actress said, “Nothing has been confirmed as of now.”

‘Kasautii Zindagii Kay 2’ is returning after the gap of 8 years and we are eagerly waiting for this reboot version. Will Madhurima be able to get into the skin of ‘Komolika’? Do let us know in the section below.

Arjun Kapoor Gives Early Birthday Gifts To Katrina Kaif, It Is Too Funny To Be Missed