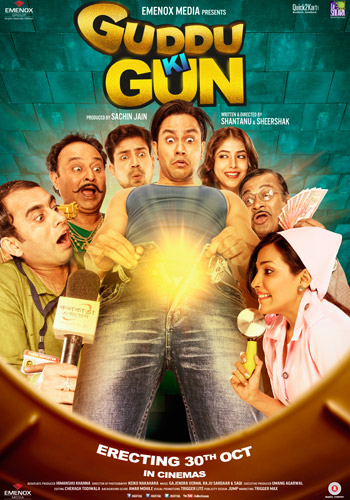 The trailer of Kunal Kemmu starrer “Guddu Ki Gun” will release on Monday, the actor said on Twitter.

The film will clash at the box office with Kunal’s wife Soha Ali Khan and Vir Das starrer “31st October”. Both the films are slated to release on October 30.

While “Guddu Ki Gun” is Kunal’s second film post marriage after “Bhaag Johnny”, Soha will be seen for the first time on the silver screen with “31st October” after she got hitched to the actor in January earlier this year.