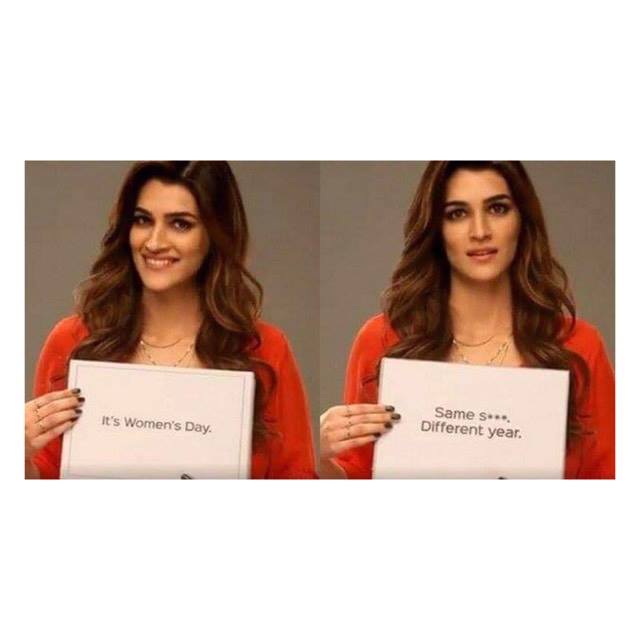 It’s March 8th and yet another Women’s Day is passing by. With several posts on feminism, women’s issues and safety doing the rounds, one actress decided to do it differently.

Unlike others who took the usual route to wish women on International Women’s Day, Kriti Sanon decided to put up a rather strong video which perfectly addresses all the issues that women face in the society today. While it begins on a happy note (with a smile), Kriti’s ‘Happy Whatever’ video finally culminates into the reality that every person – man or a woman – needs to face and be aware of. From being told what to wear to the everyday harassment that most women face at the hands of men, this video is empowering in the most proper way.

Kriti Sanon shared a powerful message on the occasion of International Women’s Day on social media. Today, as everyone is wishing all women and tweeting about how special this day is, the 26-year-old actress has a different take on this day. The Heropanti actress shared a video, captioned: “Here we go again..! #HappyWhatever @ms.takenfashion(sic).” Kriti Sanon said that while everyone talks about girl power and gender equality, the reality remains grave as women are still told how to dress and safety of is a matter of great concern. In the video, the actress stood with multiple placards to deliver this powerful message to fans.

Watch the video (WE LOVE IT!) here:

Several Bollywood celebrities spoke about women power to celebrate the spirit of womanhood on social media. Among them, Shah Rukh Khan posted a picture of his son AbRam holding a hand of a girl, captioned:

“Hold her hand so that she can lead you. Happy Women’s Day(sic).” 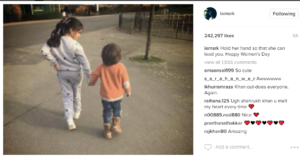 Virat Kohli also posted a picture with his mother and girlfriend, Anushka Sharma, the picture was captioned:

“Happy women’s day to every woman out there, but specially to the two strongest women in my life. My mom for looking after the family in toughest times in life and @anushkasharma for fighting against the odds regularly and standing up for righteousness and changing the norms #happywomenday(sic).”

Kriti Sanon, who made her Bollywood debut with Heropanti co-starring Tiger Shroff, was last seen in Rohit Shetty’s film ‘Dilwale’ along with Shah Rukh Khan, Kajol and Varun Dhawan. She will next be seen romancing Sushant Singh Rajput in ‘Raabta’, directed by Dinesh Vijan. She will also feature in ‘Bareilly’ Ki Barfi opposite Ayushmann Khurrana.