Karan Johar is launching Sridevi’s daughter Janhvi Kapoor under his banner Dharma Productions in the highly anticipated film Dhadak. The movie is directed by Humpty Sharma Ki Dulhania director Shashank Khaitan and also features Shahid Kapoor’s brother Ishaan Khatter in the lead roles. The trailer of the movie has been able to create tremendous buzz among the moviegoers.

However, one section of social media users is not that happy with Karan launching yet another star kid under his banner. After all, he has already launched Varun Dhawan and Alia Bhatt, who are big stars now. Netizens are slamming Karan for Dhadak. They are also not happy with the fact that he is producing another romantic cliché. For the same, netizens are trolling him brutally. 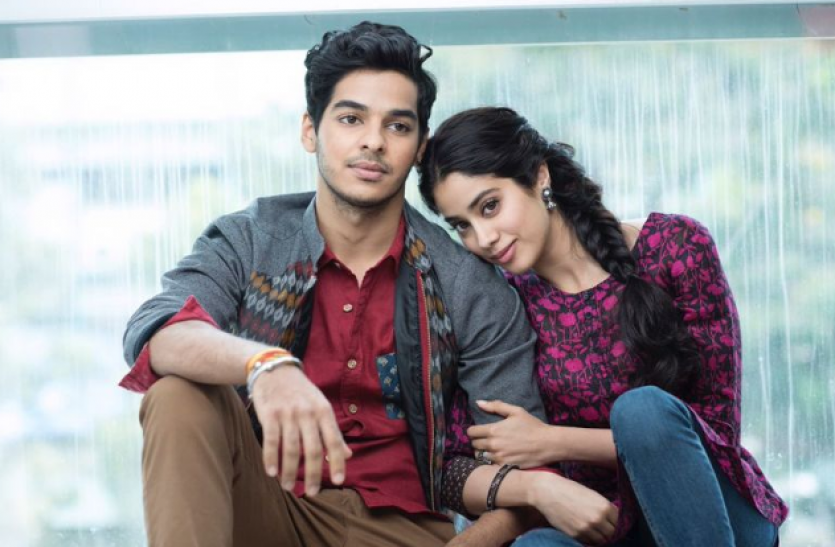 Dhadak is scheduled to release on 20 July 2 018, which just a few days away. There is a lot riding on this movie, as it marks the debut of Janhvi Kapoor, who is the daughter of the legendary actress Sridevi. It will also decide the fate of Janhvi in Bollywood. Therefore, they are leaving no stone unturned to promote the movie as much as they could.

Recently, Karan took to Instagram to wish Dhadak team by sharing a picture of Janhvi, Ishaan, and director Shashank. Sharing the picture, he wrote,

“16 days before the release of our film #dhadak! The trio with racing heartbeats!!! @[email protected] @ishaan95”

However, this post has failed to impress the netizens. They are literally bashing Karan for various reasons. They are bashing him for not launching others talented actors rather than star kids. They are also slamming him for ruining Marathi Zingaat. Check out some of the reactions down below. 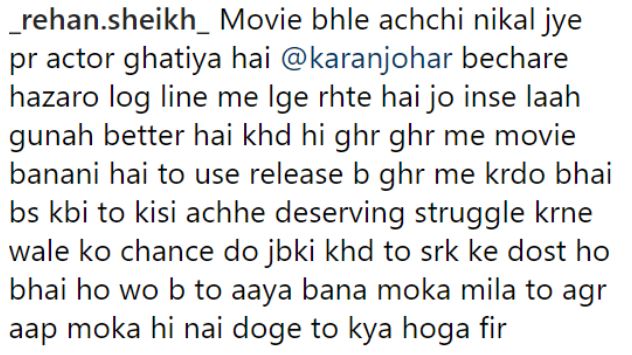 What do you think? Tell us your thoughts in the comment section down below. Stay tuned for more viral stories.

Why Did Nana Patekar Refuse To Work With Sanjay Dutt? Here's The Reason

See The Worth Of Kylie Jenner's Daughter Shoe Collection!