‘Brothers’ is one of the most awaited movies of 2015 which stars Jackie Shroff, Akshay Kumar, Jacqueline Fernandez, Sidharth Malhotra and Ashutosh Rana in lead roles. Karan Malhotra of ‘Agneepath’ fame has directed ‘Brothers’ and the movie is the official remake of Hollywood movie ‘Warriors’.

Recently, when the star cast of the movie was out for promotion, an incident happened with Jacqueline which shook her completely. The two hunky co-actors of Jacky punched her in the face which took her by surprise. Before you jump to the conclusion, Akshay and Sidharth punching Jacky was done in a fun way to click a picture for social networking sites. 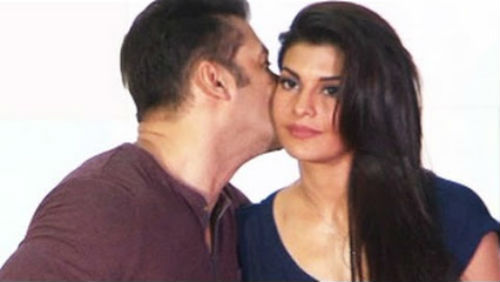 Khiladi Kumar is seen punching the ‘Kick’ actress from right and the ‘Ek Villain’ actor, Sidharth was seen punching her from left. The face Jacky has made in the picture to show she’s surprised by the punches is really adorable. Promotional tours of ‘Brothers’ has already begun and the star cast of the movie is pretty confident with the way movie has shaped up.

‘Brothers’ is produced by Karan Johar’s Dharma Production and the movie is slated to release on August 14, 2015.

'Singh is Bling' Team Confident About the Movie’s Success

Shah Rukh Khan Thanks MCA For Lifting The Wankhede Ban