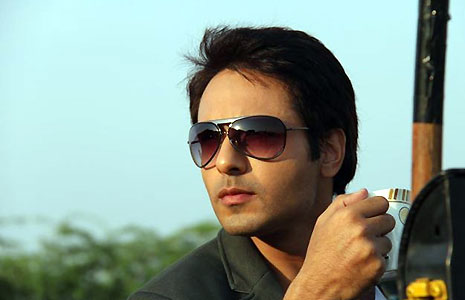 Actor Iqbal Khan, who came into the limelight by starring in TV tsarina Ekta Kapoor’s shows like “Kaisa Ye Pyar Hai” and “Kahiin To Hoga”, is “excited” about returning to her production banner Balaji Telefilms with its upcoming show “Pyar Ko Ho Jaane Do”.

“Being a part of Balaji Telefilms is like a homecoming for me. I started my television acting career with Ekta’s show – ‘Kaise Yeh Pyar Hai’. I am excited for the production house’s upcoming venture ‘Pyar Ko Ho Jaane Do’ I have already starting shooting for the same and I can’t wait to see audiences reaction to the show,” Iqbal said in a statement.

While, Mona will essay the role of Preet in the show, Iqbal will be seen as Ishan.

The story of the show, which will start in October and will be aired on Sony Entertainment Television, will revolve around the duo who are a part of the Hooda family and are considered an idyllic couple.

Their family will realise the differences between them and will try to bring them together and rediscover their love.

“I have played some path breaking shows on Sony TV. The channel has played an integral part in shaping my career. I can’t begin to tell how excited I am to be back on the channel. ‘Pyaar Ko Ho Jaane Do’ is a family drama and I am positive that my fans will enjoy the show,” Mona said.

9 Actors With Maximum ₹100 Crore Movies In Their Kitty