Some of the publishers of Facebook ads in India seem to be using the name and image of Prime Minister Narendra Modi to scam people. 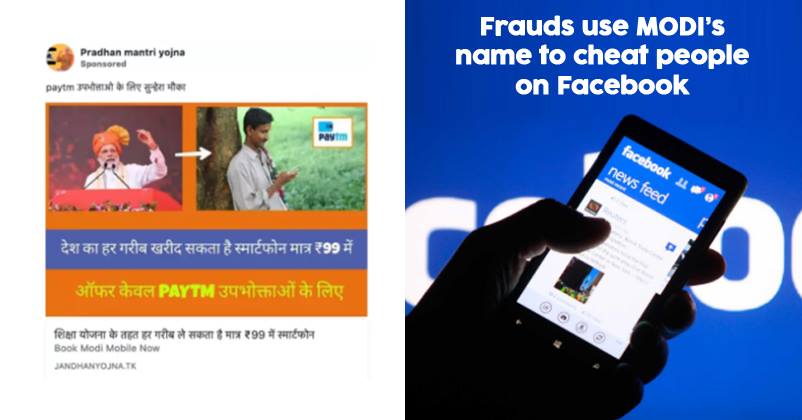 The advertisement claims people can buy smartphones at dirt-cheap prices of Rs. 99. A non publisher verified Facebook page named as “Pradhan Mantri Yojna” (Prime Minister Scheme). Telling people that Modi was going to ensure that every poor person could buy a smartphone at just Rs 99. 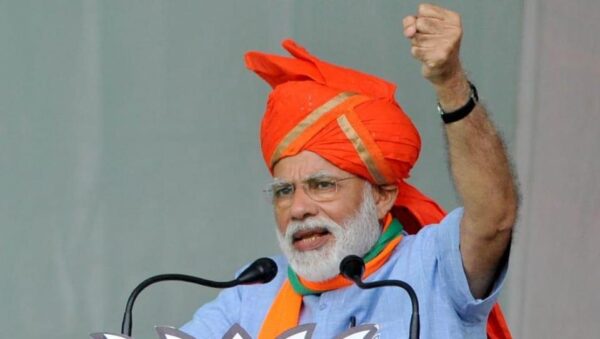 They ran 570 advertisement on a span of five days, telling people that Mr Modi wants every poor person to own a smartphone if they can’t afford at just Rs 99 which needs to be paid through Paytm.

There is no such initiative taken by the ruling government neither does it exist. The site which is linked in the ads seemed to have taken down uses a free domain. i.e: .tkdomain which is often used to scam people by the ad frauds. 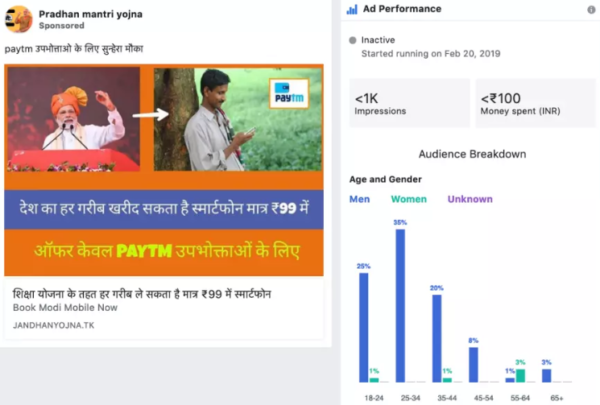 “Jan Dhan” a government scheme which has also been unpublished provides banking access to the poor made fraudulent claims about Modi providing smartphones to the poor people at 99. The page ran approx. 230 ads between Feb 8th -9th. 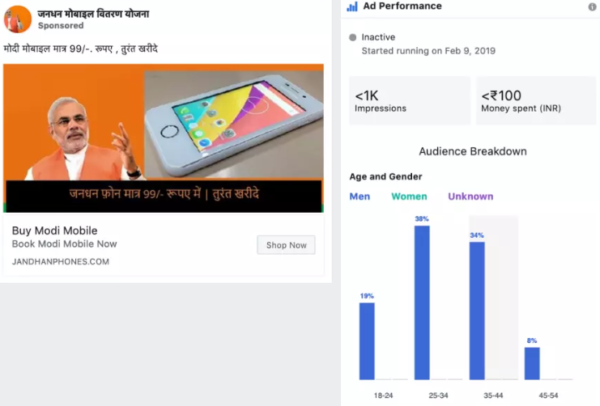 Some of the scammers don’t seem to hide their names. One page running similar ads, called “Cheap phone” redirects to a site named as “Modi Mobile’ and when you check out for the payment, you are directed to paytm a person named Surajit Singh payee account open ups. The page is still active and runs the ad.

All the ads are now visible in Facebook’s Ad Library, which is a searchable archive of advertisements on the social networking site that are political or related to “national importance”. 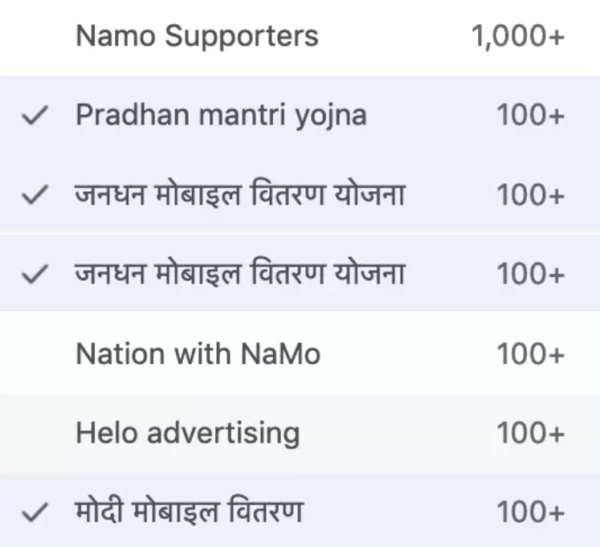 The Ad library was recently rolled in India as part of Facebook Transparency efforts ahead of Country’s Parliamentary Polls.

There were seven top listed pages in the name of Modi out of which four were scams and those pages are not active anymore.