Ranbir Kapoor is very close to his grandmom Krishna Raj Kapoor and he was with his grandmother for many years. He considers her as his big critic. Krishna Raj Kapoor has watched all Ranbir’s movies and when Ranbir was asked what her reaction was on the biopic ‘Sanju’, he said: “When this movie came to me and the shooting was about to start, I was staying with her (Krishna Raj Kapoor). When I told her about this movie, she was shocked. She was thinking about what kind of story I am working on. She didn’t understand the genre of the biopicÂ andÂ was asking me about the genre. She thought that in movies only hero should be there. She didn’t understand biopic. But when she watched the trailer, she liked it.” 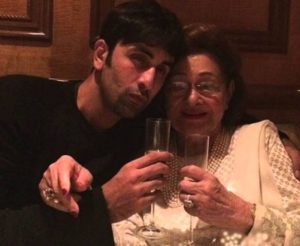 In the interview, Ranbir said that his grandmom likes eating biscuits and cookies, and she brings cookies and biscuits from the countries she visits and feeds Ranbir. Ranbir said: “She likes ghee in her food and I love the mutton cooked by her.” 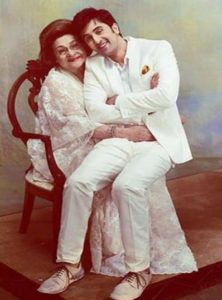 On playing Sanjay Dutt in the biopic ‘Sanju’, Ranbir said,Â “I knew that I will be compared to Sanjay Dutt and that’s why I have tried my best to do justice with the role. I think people should see me as Sanjay Dutt, 40, or 20-year-old, and should look me as an artist who is playing the role of Sanjay Dutt. This is a fact that there can’t be second Sanjay Dutt.” 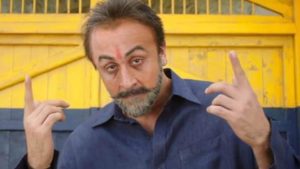