However, love conquers all. Love is the best way to spread happiness and peace. Currently, a Facebook post is going viral for all the good reasons. A Delhi girl shared a story on her Facebook handle talking about how Hindus and Muslim are leaving happily and peacefully in her locality, which is a predominantly Muslim area. 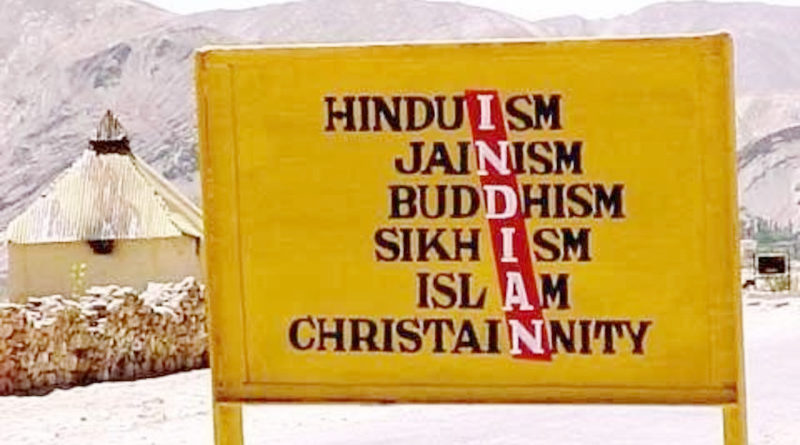 In a very beautiful post, the girl talked about how temples in her area played Bhajans all day during Navratri but stopped the music at the time of Azaan. She also talked about how meat shops in the area put a black curtain selling meats in a discrete manner.

“I live in the predominantly Muslim area of Jamia Nagar in Delhi. There are a few Hindu families that live near my house though. In an area of mosques every few kilometers, there is a small temple for these families here. Nowadays, because of Navratras, the temple plays bhajans all day. However, during each of the azaans, they pause the bhajans. On the other side, the Muslim meat shops near their houses put up a black curtain and sell their wares discreetly from behind it during these 9 nights, in respect of their fast and sentiments.

The beauty of peaceful co-existence! Sigh!”

This post has gone viral on social media, where several users are admiring wholeheartedly. Check out some of the comments down below.

After Azhar Ali, This New Zealander Got Run Out In The Weirdest Fashion, Twitter Can’t Stop Laughing