The rumored lovebirds of tinsel town- Disha Patani and Tiger Shroff has always been the talk of the town. They are often snapped hanging and dining together. Whenever media ask them to comment over their link-up rumors, they always come up with one comment, calling each other just friends. Earlier we told you that during the promotion of Bharat, Disha opened up about her equation with Tiger and said that she don’t have much friends and Tiger is her only pal.

[Also see: Disha Patani claims that no guy tries to FLIRT or attempts to get CLOSE to her] 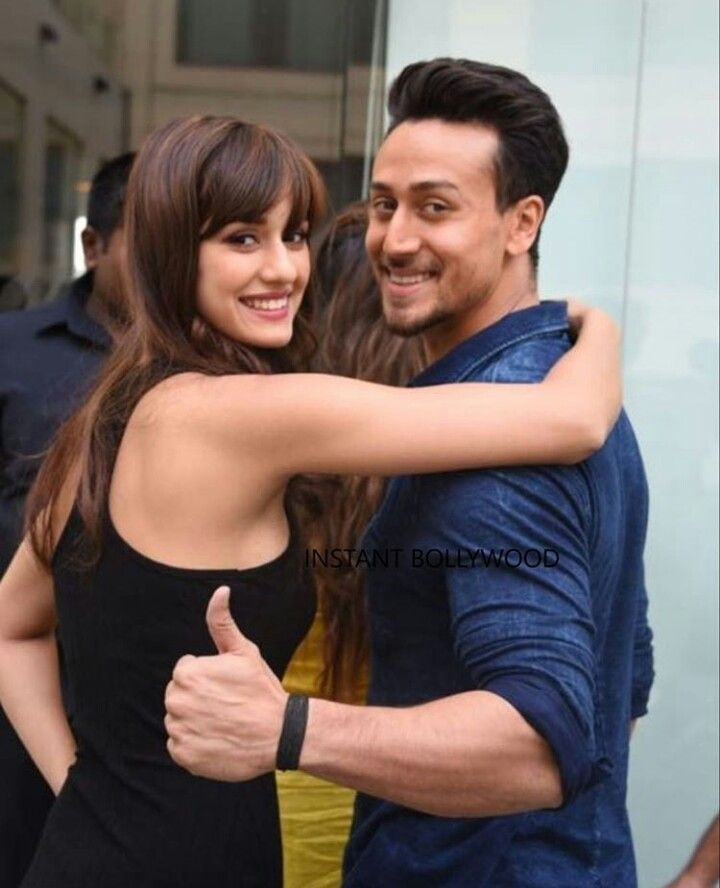 Disha, who is busy promoting her upcoming film Bharat was interviewing with BollywoodHungama where she answered a question from a Twitter user who asked, “Why don’t you both accept your relationship? People love you both as a couple.”

Answering to this interesting question, Disha said “I’ve been trying for so long, it’s been so many years and I’ve been trying to impress him. Now I’ve done this film Bharat where I’m doing all these stunts and I thought maybe he’ll get impressed but no luck. Yeah, we go to eat but that doesn’t mean he’s impressed, not like that like the crush impressed; but he likes everybody’s pictures like that. You must speak to him the next time. He’s shy and I’m shy so nobody’s breaking the ice.”

While promoting ‘Student of the year 2’, Tiger gave a few hints over his equation with Disha on Koffee couch saying that she is more than a friend to him. Earlier Tiger mentioned in many interviews that Disha is his special friend.

On work front, Disha is gearing up for Bharat’s release. Also she is signed opposite Aditya Roy Kapur in Mohit Suri’s Malang.
Stay tuned with us for more Bollywood news and updates.