At Ranveer Singh and Deepika Padukone’s Mumbai reception, many celebrity couples like Tiger Shroff-Disha Patani and Farhan Akhtar–Shibani Dandekar walked in together. Among everyone, Ranbir Kapoor and Alia Bhatt were the one for whom we waited for desperately but due to some reason they couldn’t make it to the party. A report in Pinkvilla has stated the reason why Ranbir-Alia make it to the party.

“Alia and Ranbir along with Ayan Mukerji did a 20 hour shift for ‘Brahmastra’ on Saturday and hence couldn’t make it for the bash,” the report said.

This was really surprising for us because earlier Ranbir expressed that he wants to be god father of Deepika Padukone’s kid. Many times they stated that even after breakup they share a warm rapport. Also at Koffee With Karan, Deepika and Alia were seen comfortable in each other’s company. Hence Ranbir and Alia was very much expected at the reception.

In a conversation with Famously Filmfare, actress was asked if she fought with Ranbir for not attending her reception, to which she said she was not expecting him at party.

“We have not spoken. I mean we had spoken before the reception but we haven’t spoken after it. But, that’s him. I’m not surprised at all. That’s the relationship we share and that’s the beauty of that relationship. Like I mean, so much is said without saying much at all,” said Deepika.

As of for now Ranbir Kapoor is in US with his father Rishi Kapoor who is rumored to be diagnosed with stomach cancer. On work front, Deepika has signed a film which will go on floor by February. 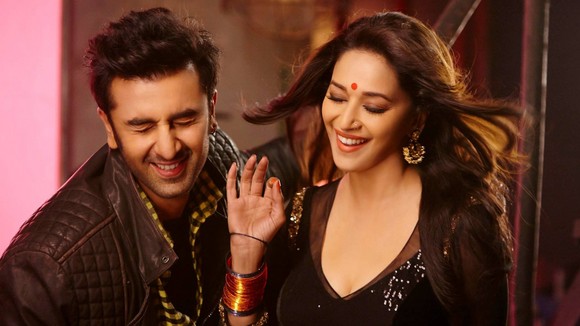