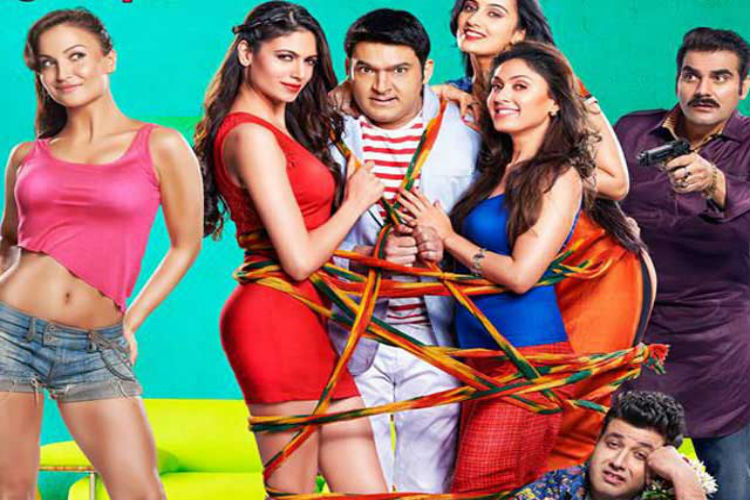 No one, just no even (and perhaps not even the makers) expected Kis Kisko Pyaar Karoon to see such a massive opening at the Box Office. Even in this column, we had predicted just about decent opening day, which could well have fallen into the 4-5 crore range. However, what happened was something truly outstanding. The film’s first day was more than double of what even the most hopeful had imagined, what with over 10 crore coming in. The trend continued on Saturday and Sunday as well with good collections all around. As a result, the Ratan Jain production enjoyed a healthy weekend of ₹28.8 crore*.

With this, the Kapil Sharma film is now already a clean HIT and it has to be seen how much further does it go from here. A 50 crore Week one is pretty much on the cards, which is going to be a terrific accomplishment all the way. Especially for a film which has been released in 1600 screens (though the count is being increased during the weekdays) and has four relatively new girls (Elli Avram, Manjari Fadnis, Simran Kaur Mundi, Sai Kabir) this is no mean feat at all.

For Abbas-Mastan, this is yet another big opening weekend after their last release Race 2, which had brought in 51.35 crore. While they have been consistently delivering hits (barring an occasional Players or two), the experienced duo is making it count all over again. The success is even sweeter since this is almost 25 years after Akshay Kumar in Khiladi, that they have brought another actor to the world of Bollywood in the form of Kapil Sharma.

From Kumar in Khiladi to Kapil in Kis Kisko Pyaar Karoon, it is all boiling down to ‘Lucky K’ for Ratan Jain of Venus and Abbas-Mustan. A healthy association indeed!

The super-success of the film meant that Calendar Girls couldn’t really take much of a head-start. After an ordinary opening day, the weekend stayed low too, what with around 4 crore* coming in at the Box Office. The film could have possibly done better had there not been a huge Kapil Sharma wave that swept the nation.

Third release of the week, Bhaag Johnny, was a non-starter and couldn’t even garner a weekend of 1 crore. In fact it was hardly reviewed by a few. As for the fourth release Timeout, expectedly it arrived unannounced and disappeared without anyone missing its absence.