Priyanka Chopra, Mika Singh, Preity Zinta, Raveena Tandon, Sunny Leone and many other Bollywood celebrities took to social media to express their grief about the Gurdaspur attack in Punjab which took place yesterday. Celebrities did this through Twitter.

This is the first time after 8 years when such an incident has taken place in Punjab. Armed militants in uniforms fired bullets on a moving bus and later attacking a police station, killing six people uncluding Baljit Singh, Superintendent of Police and injuring eight others.

Read the tweets below: 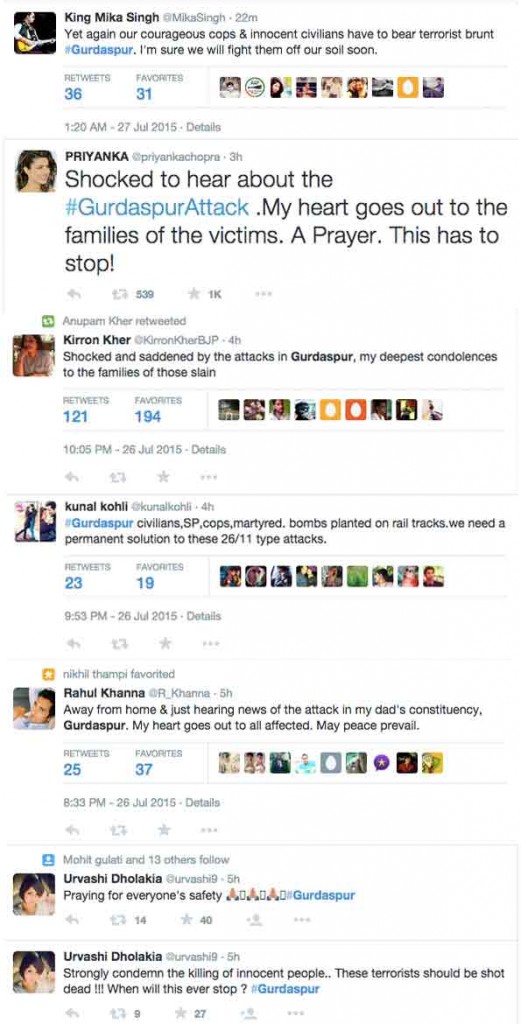