In the blackbuck poaching caseÂ Salman Khan gets 5 years in prison whereas co-accused Sonali Bendre, Saif Ali Khan, Tabu and NeelamÂ  were acquitted due to lack of evidence.Â All the actors were working on the film “Hum Saath Saath Hain” when the hunt took place.

[Also see:Â Salman Khan’s 20-Year-Old Video With The Forest Department Has Taken The Internet By Storm] 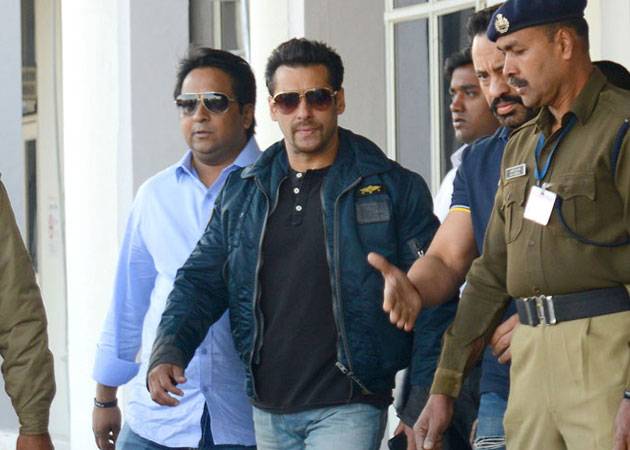 “Since the accused is a film star, people follow him and look up to him. And the way he killed innocent deer, and because there is rampant poaching…,” said the judge, explaining his decision. This statement by judge proves that Salman is a victim of stardom. The court verdict has shocked the whole nation. [Also see:Â Salman Khan’s 5-YEAR IMPRISONMENT Will Be A Massive Loss To Bollywood As Well As Television]

Renown celebs has expressed the shock over Salman’s conviction. have a look:

Subhash Ghai was among the first ones to tweet, â€œI am extremely shocked to hear @BeingSalmanKhan being convicted by session court but also having full trust in indian judiciary which has many other doors to appeal for final justice whatsoever. Since He is most loved person by industry N people for his human reasons too.â€

I am extremely shocked to hear @BeingSalmanKhan being convicted by session court but also having full trust in indian judiciary which has many other doors to appeal for final justice whatsoever. Since He is most loved person by industry N people for his human reasons too.

While talking to ANI, Jaya Bachchan said that she’feels bad’, and also said that actor should get bail.

I feel bad. He should be given relief. He has done a lot of humanitarian work: Jaya Bachchan, Rajya Sabha MP on #SalmanKhan #BlackBuckPoachingCase pic.twitter.com/VUEM0RIweE

Arjun Rampal too expressed his shock and tweeted,

The law takes its course. Canâ€™t argue it. But at this point in time I just feel helpless and my heart goes out to @BeingSalmanKhan and his family. Reason, cause the last thing @BeingSalmanKhan is, is a criminal.I feel this is too harsh. I do hope he gets the relief he deserves.

Salman’s bail plea will come up in the sessions court on Friday. Share your thought about salman’s conviction in comment section below. Stay tuned with us for all latest news and updates.

OMG! This Actress with Shahid Kapoor in a Movie!

Politician ‘ s children who didn ‘ t do well in Bollywood