Geeta and Babita Phogat, the two names have made the whole world proud. Babita won many medals for India in Wrestling. Babita and her beau Vivek were last seen on the television dance reality show, Nach Baliye 9. Being a wrestler they performed their dance flawlessly and Vivek’s cuteness and Babita’s sincerity that had won many hearts. Vivek had proposed Babita on the sets, “Jab tu kushti lade hai na, jab tere chot laage hain, mere dil mein ghana dard howe hai.” This is how he showed his love to his ladylove. 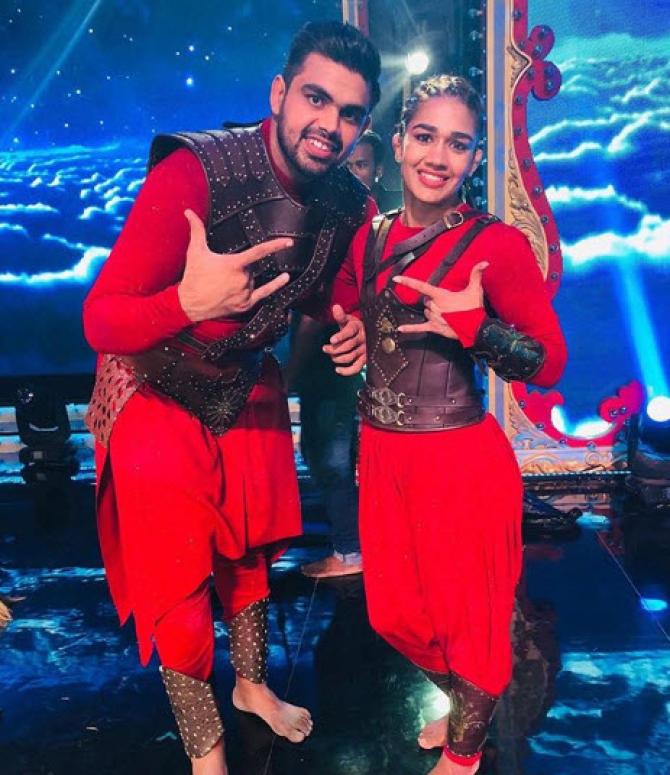 On December 1, 2019, Babita Phogat and Vivek Suhag tied the knot and promised to fight together for our country. On the wedding day, Babita had worn red lehenga with pearl jewelry. On the other side, Vivek had looked dapper in a beige color sherwani and safa. Babita wore the exact same red lehenga that Priyanka Chopra wore for her wedding. 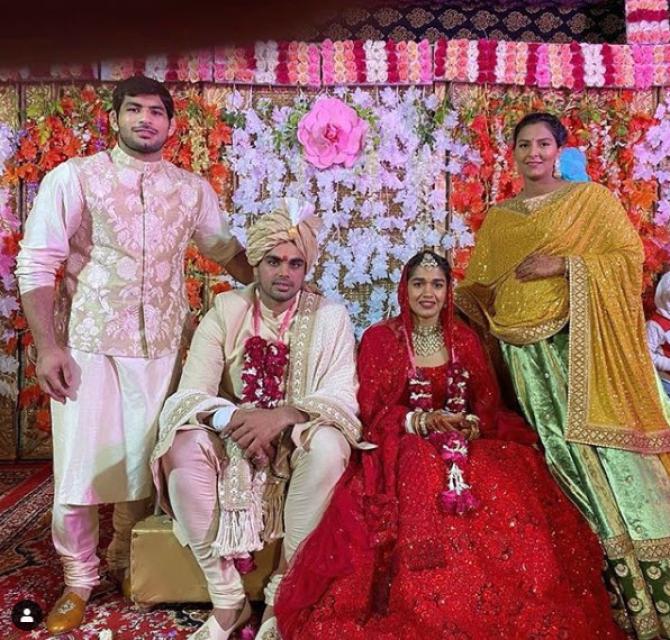 Geeta Phogat is expecting her first child, and Babita’s pre-wedding festivities were filled with happiness and joy. Babita and Vivek’s pre-wedding rituals had begun with the ‘Baan’ ceremony.