Tapsee Pannu is the finest actress of Bollywood, she did many films and made a mark in the industry of being a talented actress. Tapsee is known for giving bang on replies every time during an interview which impresses the audience and makes us feel to give a round of applause so it is answering Kangana or her sister Rangoli, she is always with a  befitting reply. 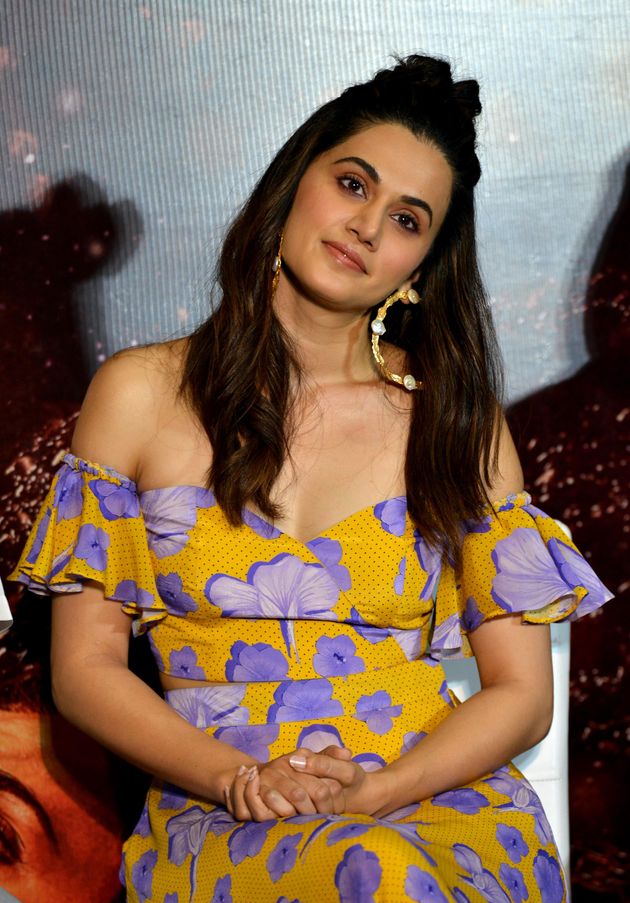 Taapsee recently invited as a speaker at the International Film Festival of India in Goa. when she started interacting with the audience at the event, Taapsee was interrupted by a guest who asked her to speak in Hindi and further said she is a Hindi film actress. ‘

She added, “Main south Indian actress bhi hoon… Tamil aur Telugu main bhi baat karu?” The crowd cheered for Taapsee as soon as when she gave a sassy reply to the guest.

Watch Tapsee Pannu shuts down a dumbass Hindi chauvinist during a discussion at the 50th IFFI.