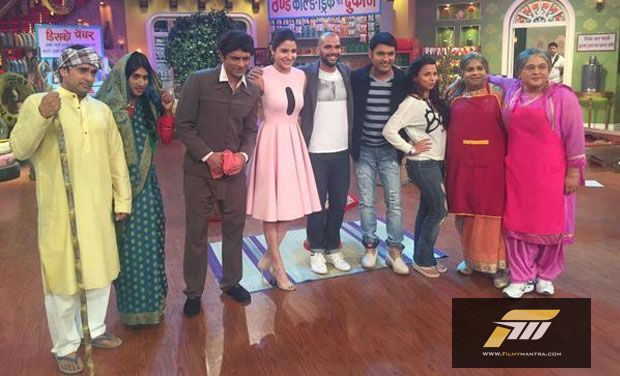 Mumbai: Anushka Sharma is gearing up for the release of her first maiden production film ‘NH10’. The actress has already begun promotions for her film. She recently paid a visit to the sets of ‘Comedy Nights with Kapil’ along with her co-star Neil Bhoopalam.

The show which will air on national television in the coming days, will see Anushka and Neil interact with the show’s host Kapil Sharma, Sunil Grover, Ali Asgar and Kiku Sharda. 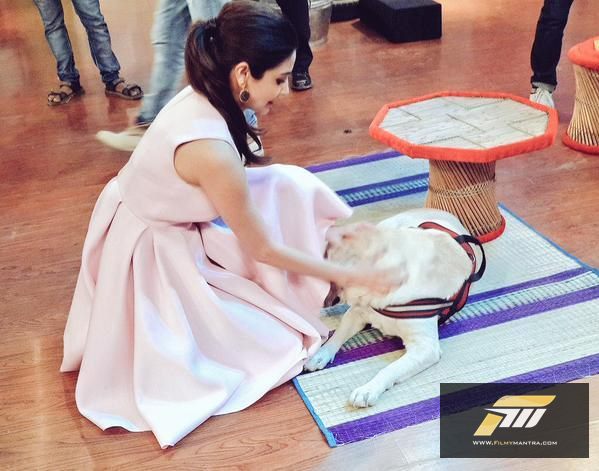 Anushka can also be seen playing with Kapil’s dog Zanjeer on the show sets. The actress turned co-producer of the film launched the trailer of her film early this month. Fans and critics admit that the trailer looked very promising and showed the actress take a very different role.

Anushka will be seen playing a corporate woman on a road trip with her beau. The makers have managed to keep fans in the dark about the film’s plot. The film also stars ‘Mary Kom’ actor Darshan Kumar.