TV actress Ankita Lokhande is all set to make her come back after three years. Ankita made her television debut with Ekta Kapoor’s Pavitra Rishta and with this daily soap, Ankita became a household name. Now the actress has something really big in her kitty. She is making her debut with Kangana Ranaut in Manikarnika. In the movie, she will be portraying the role of Jhalkaribai, a soldier in Rani Laxmibai’s army, who later rose to the position of an advisor. 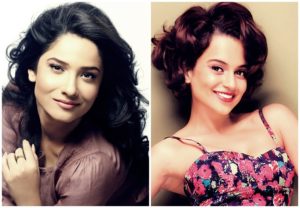 Talking about her debut Ankita said, â€œI’d never heard of her before, not many have, but Jhalkaribai was one of the greatest heroes of our proud history. I’m honoured that I’ll be telling her story to the world, fighting alongside Kangana’s Rani Laxmibai.”

For this particular role, Ankita is specially trained in sword-fighting by Hollywood action director Nick Powell for the last one and a half months. She said that Nick has treated her like a kid while making her learn how to fight.

Talking about the film’s producer Kamal Jain, Ankita said, â€œI’m indebted to Kamal sir for this challenging role in a big-budget film scripted by Baahubali writer KV Vijayendra Prasad alongside a National Award-winning actress like Kangana, who exudes power and is an inspiration to all women. I’m looking forward to learning from her once we start shooting in August.” 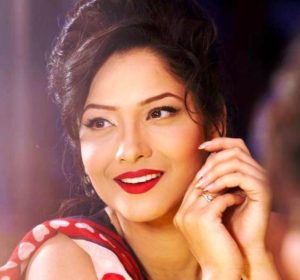 Directed by Krish, this historical drama is slated to release on April 27th, 2018. It has Kangana Ranaut who will be playing Rani Laxmi Bai.

We are excited to see Ankita as a soldier in Manikarnika. What do you think of Ankita’s role in the movie? Will she be able to give competition to her ex-boyfriend Sushant Singh Rajput? Do comment in the section below.