Alia Bhatt is shooting for her upcoming movie ‘Brahmastra’ in Bulgaria. But on Tuesday morning during the shoot, the actress fell on the sets and got injured on her right arm and shoulder. She is advised to take bed rest for fifteen days by the doctors. 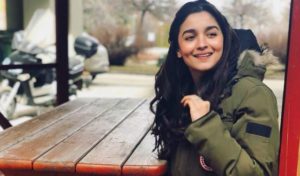 One of the sources said, “The team was shooting for a scene when Alia fell and hurt herself. She has injured her right shoulder and arm. There’s a clot on her arm, so she has been advised bed rest. She is in a lot of pain. Her right arm is bandaged and held up in a sling, so she can’t exert it or her shoulder for the next 15 days.” 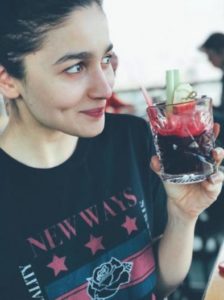 The outdoor shoots of ‘Brahmastra’ were supposed to get over by the end of this month and the whole team was supposed to return Mumbai, but Alia’s injury might delay it. 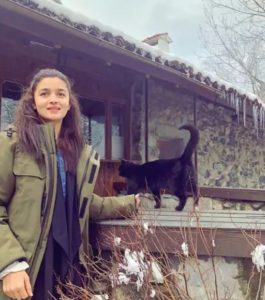 Produced by Karan Johar, ‘Brahmastra’ is the first movie that will be released in three parts. Directed by Ayan Mukherjee, this fantasy adventure trilogy also stars Amitabh Bachchan and Ranbir Kapoor. It will hit the screens on Independence Day, August 15, 2019.

Recently, Alia celebrated her 25th birthday with the team of Brahmastra in Bulgaria. Birthday messages and wishes poured in for the young starlet on her special day. Ayan Mukherjee threw a birthday bash for her. 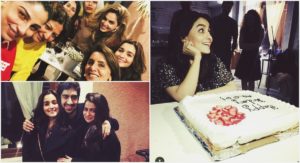 We wish Alia a speedy recovery and resume the shoot soon.