Mukesh Ambani is the richest man in India. The entire family is known for their lavish and glamorous life. A few days ago, Akash Ambani and Shloka Mehta got engaged in the grandest event possible at Antillia. Several Bollywood stars graced the event adding more charm to it. If that was not all, B-Town stars also performed a flash mob at the big event. 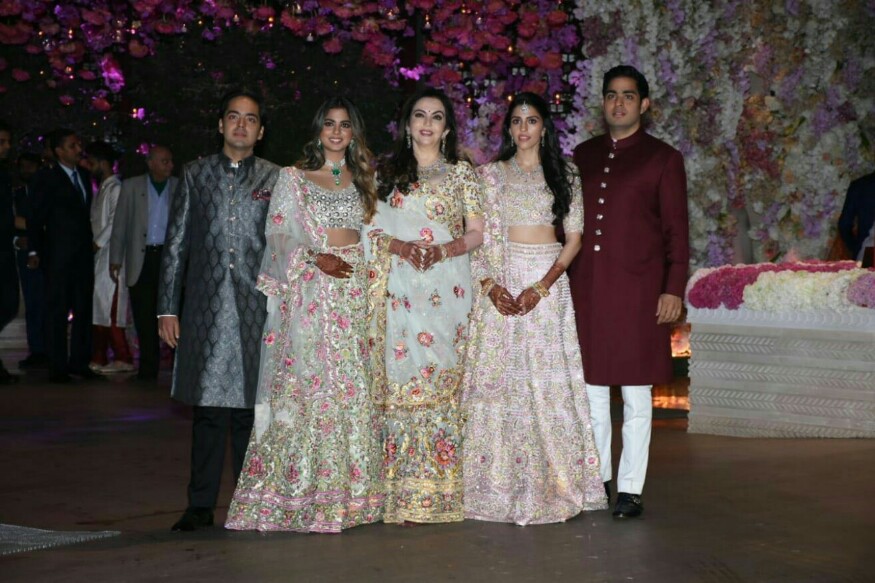 According to the reports, King Khan played a perfect host at the party and left no stone unturned to make it a memorable event for the Ambanis. The pictures and videos from the event went viral in no time. Entire media was talking about the biggest celebration at Ambanis.

It was also reported that Abhishek Bachchan and Aishwarya Rai’s daughter Aaradhya Bachchan got royal welcome by none other than Nita Ambani herself. Now, a video from the party is going viral all over the social media and the internet. The engagement ceremony of Akash Ambani and Sholka Mehta was the grandest affair in every way possible. The food at the event was served in the most unique way possible. If the viral video has anything to go by, the food was ‘air-dropped’. The tray with the food was being served by tying balloons. Check out the video to see for yourself.

It was indeed a new and unique way to serve food. After all, it was the engagement ceremony of the two kids of the biggest business mogul in India. However, netizens are not impressed by it. They found it complete wastage of money and trolled Ambanis like never before.

What do you think of this? Tell us your thoughts in the comment section down below.

Anil Kapoor masquerading as Rajinikanth in the new posters of Fanney Khan!