After the stupendous success of Dangal And Secret Superstar, Zaira Wasim is currently most sought after young actress in the country. She has been winning lots of acclaims as well as love from the audience. She won a National Award for her performance in Dangal also featuring Aamir Khan. Then, she went on to stun everyone with her powerful acting in Secret Superstar winning Filmfare Critics Best Actress Award.

Now, Zaira is all set to star alongside Abhishek Bachchan and Priyanka Chopra in her next film directed by Shonali Bose. According to the report of entertainment daily Mumbai Mirror, Zaira Wasim will play the role of motivational speaker Aisha Chaudhary, who also wrote a book titled My Litter Epiphanies. 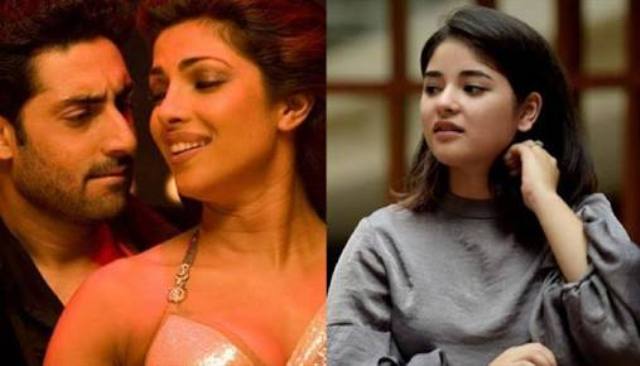 Aisha Chaudhary was born with immune deficiency order when she was 6 months old. She was diagnosed with pulmonary fibrosis when she was 13 years old. She is appreciated for her positive attitude towards life and learning. She was a motivational speaker and started speaking at TEDx, INK conferences inspiring people not to give up.

The report further states that the movie is in the pre-production phase and will start rolling in Mumbai by mid-2018. Abhishek Bachchan and Priyanka Chopra will play Zaira’s parent in the movie.

Shonali Bose’s last film was Margarita With A Straw featuring Kalki Koechlin. The movie had won several awards and accolades for the astonishing portrayal of an individual with disabilities.