As we know Bollywood and politics are two different world.there are many celebrities who decided to join something that occupies the same amount of drama and excitement in politics. check out this Bollywood actors who turned politician.

1) Hema Malini
hema malini entered in politics aftr she did an election campaing for Vinod Khanna in lok sabha elections in 1999.the BJP led nda govt nominated her to Rajya Sabha in 2003 and in 2004 she formally joined the BJP. she has been an active and prominent member of the party and has campaigned vigorously for the party in various elections. She was once again elected to rajya sabha on a bjp ticket from karnataka in 2011. Hema defeated the mathura incumbent, jayant chaudhary (rld) in 2014 general elections by 3,30,743 votes. 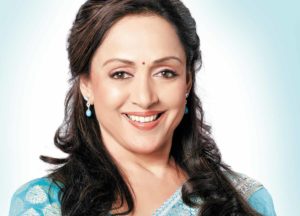 2) Kiron Kher
Kiran Kher made her film debut in 1983 in the Punjabi feature film aasra pyar da, a non-descript production which sank without a trace. after this, she took a hiatus from films. between 1983 and 1996, she appeared in exactly one film, pestonjee (1987), wherein she acted in a bit role alongside her second husband Anupam kher.
Kiron Kher joined the Bhartiya Janata party (BJP) in 2009 and campaigned for the party from across the country during the elections, including in Chandigarh for the 2011 municipal corporation elections. BJP declared her as the Lok Sabha candidate from Chandigarh for general elections, 2014. in may 2014, she won the seat with 1,91,362 votes, defeating sitting mp, congress leader Pawan Bansal. 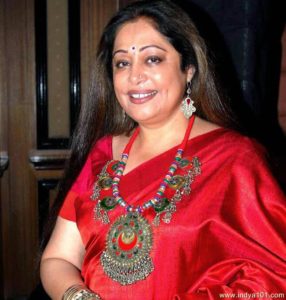 3) Jaya Prada
In 1981, she starred in the critically acclaimed Tamil film 47 Natkal for filmmaker k. Balachander in which Chiranjeevi played her villainous, bigamist husband. after she took hindi lessons, Director k. Vishwanath relaunched her in hindi films, with the hit film Kaamchorwhere she spoke hindi fluently for the first time. after giving many hits movie she decide to join politics. She joined Tdp on Rama raoâ€™s invitation and became successful in a short span of time. Although she was offered a seat to contest elections, she preferred to stay back and campaign. In 1994, she campaigned vigorously during the elections. After some time, She had some differences with party head chandra babu naidu and left tdp. She became a member of samajwadi party and stood from uttar pradeshâ€™s rampur constituency in 2004 and 2009. she won with a good margin of votes. 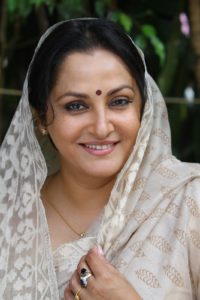 4) Rekha Ganesan
Rekha appeared as a child (credited as baby Bhanurekha) in the Telugu film Rangula Ratnam (1966). Rekha made her debut as heroine in the successful Kannada film operation jackpot nalli c.i.d 999 with Rajkumar in 1969. In that same year, she starred in her first hindi film, anjana safar. after that she appears in many film like Khoobsurat ,and many more movies. after a great success in career she decide to join politics.
Congress nominated actress rekha in 2012 along with the cricketer sachin tendulkar. she has acted in over 180 movies and has been known for playing strong female characters. 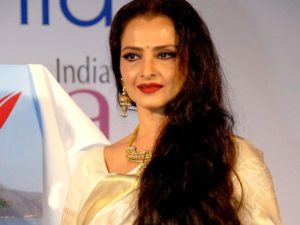 5) Jayalalitaa Jayaram
jayaram jayalalithaa (born Komalavalli, 24 February 1948 â€“ 5 December 2016) was an Indian actress and politician who served six terms as the chief minister of Tamil Nadu for over fourteen years between 1991 and 2016. from 1989 she was the general secretary of the all India Anna Dravida Munnetra Kazhagam (aiadmk), a dravidian party whose cadre revered her as their amma (mother), Puratchi thalaivi (revolutionary leader) and thanga tharagai (golden maiden). Her critics in the media and the opposition accused her of fostering a personality cult, and of demanding absolute loyalty from aiadmk legislators and ministers who often publicly prostrated themselves before her. this is the first time in three decades that tamil nadu re-elected the ruling party back to power. 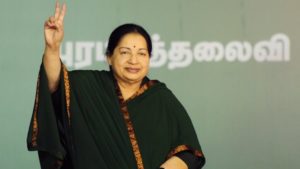 6) jaya bachchan
the actress who acted in movies like guddi and chupke chupke shifted her focus from indian cinema to politics in 2004. she spent a good amount of time with the samajwadi party and then made her way to rajya sabha. she represented samajwadi party in the Rajya Sabha and was re-elected in the year 2012. 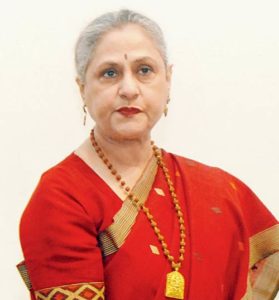 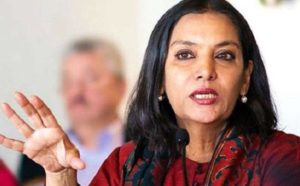 8) Jaspinder Narula
Singer Jaspinder Narula who is well-known for her power-packed songs in indian movies joined aam aadmi party. Inspired by the life of freedom fighter v.d savarkar, she joined the political party to contribute to the country. aap was a natural option for her. 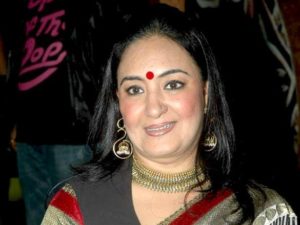 9) Shatrughan Sinha
He entered politics after defeating actor Shekhar Suman from Bihar and later became the health and family welfare minister in Vajpayeeâ€™s government. He also went on to hold the portfolio of the ministry of shipping. in may 2006, he was also heading bjpâ€™s culture and art wing. 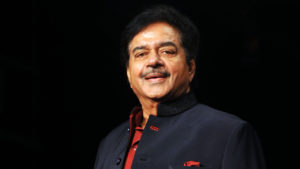 10) Rajesh Khanna
After giving many super hits movies rajesh khanna decide to join politics .rajesh khanna was a member of the parliament for indian national congress from the year 1992 to 1996. while he was an mp, he did not receive any film assignments. after quitting, he served as an activist for congress. 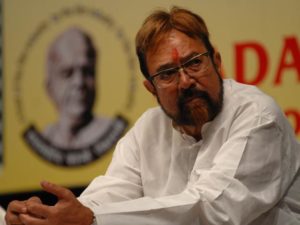 He is a legendary Bollywood actor who has given cult status to characters like VeeruÂ in Sholay. He had a very successful career in Bollywood. He has been full of zeal and enthusiasm which he also showed in his political journey. He joined BJP and became an MP from Bikaner constituency. He was able to gain the same fame as an actor in politics as well. 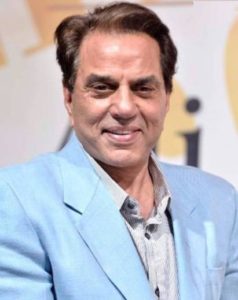 12) Govinda
He re-defined the comedy style for indian cinema. he was a successful actor of 90s. But after a few misses in bollywood, his career saw a downfall and treating this as an opportunity, he entered politics to serve the nation. He joined indian national congress to give a start to his career. he served as an mp for five years, 2004-2009. Although he was not able to leave a trail in politics, he is considered in the good books of people of his constituency. Govinda has bid goodbye to politics. 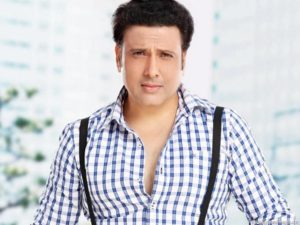 13) Raj Babbar
Raj Babbar entered politics in 1989 after he joined v.p Singhâ€™s Janata Dal. He later joined Samajwadi party and was elected as mp thrice. from 1994 to 1999 he was a member of rajya sabha. He was re-elected in the 14th lok sabha elections for the second term in 2004. Raj Babbar joined Indian national congress in 2008 and became the mp for the fourth time after defeating dimple yadav. In 2014 lok sabha elections, he contested from Ghaziabad and lost to general V K singh. 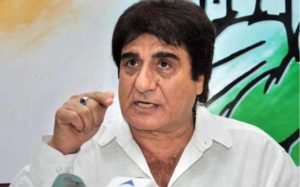 14) Vinod Khanna
Vinod Khanna entered politics after joining bjp in 1997. He was elected from Gurdaspur constituency in Punjab in the next yearâ€™s lok sabha poll. Khanna was re-elected to the lok sabha from the same constituency. In july 2002, he became union minister for culture and tourism. Six months later, he was moved to the more important ministry of external affairs (mea) as minister of state. in 2004 he won re-election from gurdaspur. However, Khanna lost out in the 2009 lok sabha poll. In 2014 general election he is again elected for 16th loksabaha from gurdaspur constituency. 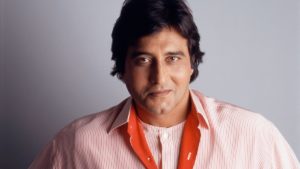 15) Shekar Suman
He contested the 2009 lok sabha elections from Bihar but was defeated by bjp mp Shatrughan Sinha. after a short stint, he quit congress. 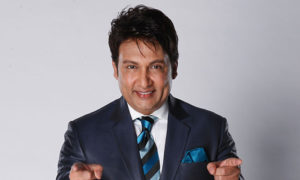 16) Rajnikant
On new yearâ€™s eve, superstar rajinikanth finally confirmed his entry in politics. The actor said that he will join active politics with a new party. the news was well received by his fans, who began celebrations soon after the announcement was made. 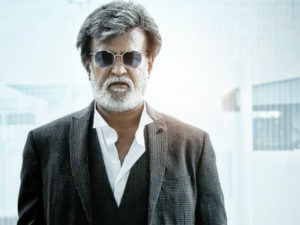 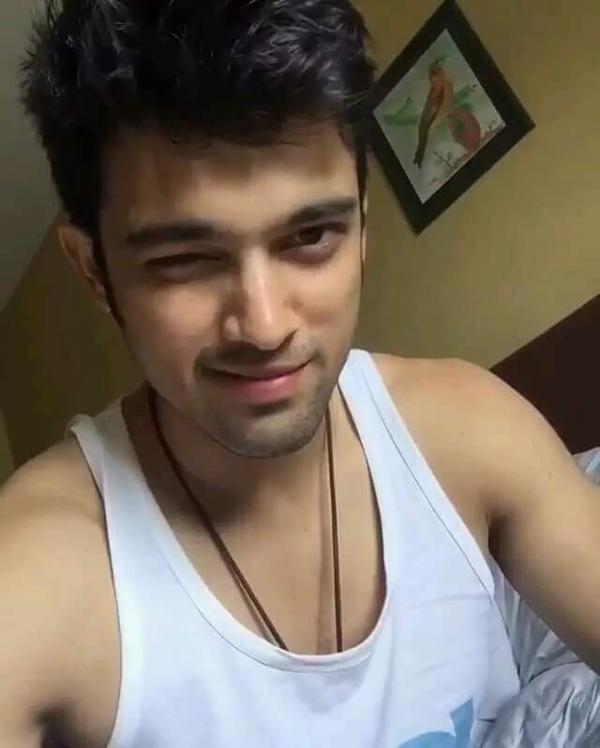 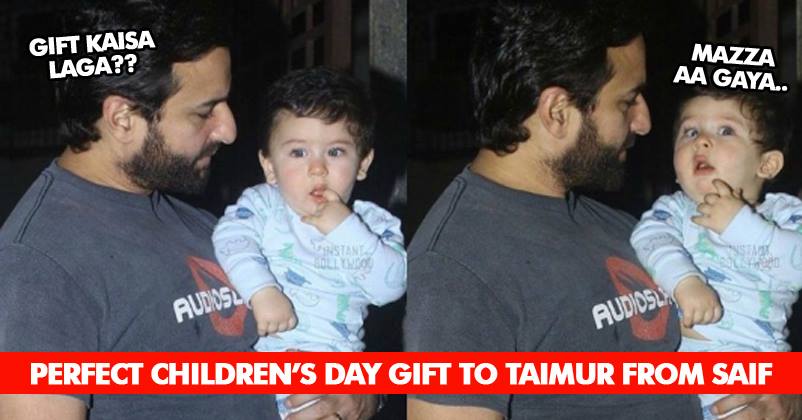