Debutant Sharvari Wagh shall be launched by the YRF productions in the second installment of the extravagantly popular Bunty Aur Babli. Not just that, but the actress has already bagged a 3 films deal with YRF even before the release of her first film. The project that she has been roped in for is going to be as huge as her first. 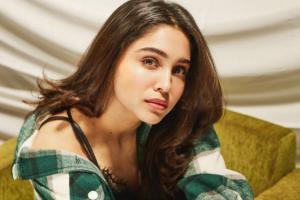 A source close to the production house revealed, “YRF has signed on Sharvari with a three film deal. Aditya Chopra is mighty pleased with her work in Bunty Aur Babli 2 and feels she is a talent that industry needs to watch out for! We hear Adi has already given her another big project that will again tap into Sharvari’s acting prowess.”

The gorgeous actress has undergone a superlative training under Aditya Chopra before she faced the camera in her debut film Bunty Aur Babli 2.

Also read: Sirsa announces victory after his FIR on use of drugs at Karan Johar’s party results in NCB probe of Deepika Padukone

The source has further mentioned, “Sharvari has the perfect mix of good looks and good acting talent. She is definitely a talent to watch out for. If she has been roped in by YRF for three big films and has also worked with a big film-maker like Kabir Khan and wowed everyone with her performance in The Forgotten Army, it means that her acting skills are totally on point. With her doing three big films with YRF, she is definitely going to be a prized pick for producers who are looking out for talented fresh faces.”

It will definitely be exciting to see Sharvari portray the character in Bunty Aur Babli 2 given the kind of projects that she is already signed for.

Pooja Bhatt pens down her battle with Alcoholism: "As someone who drank openly, I chose to recover openly"