There are a few actors who achieve tremendous success with a single hit performance. Their acting skills are undeniably amazing. One such actor who is in limelight currently is Kubra Sait. She gave an impressive performance as a cabaret transgender dancer in the Netflix series Sacred Games. With some suave actors in the lead like Saif Ali Khan & Navazuddin Siddiqui, this series became extremely popular.

Her character called Kukoo in the series kick started her career with a big push. She got various other opportunities post her debut. All this stardom has got Kubra a lot of attention in the recent past.

And when there is attention and love, there is always some hatred that garners over. Trollers never miss taking a gig at her. The actor is very active on social media and responds to her fans regularly. 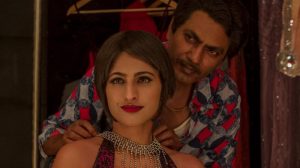 Kubra recently came under the cast of trollers with her post about the current lockdown situation of the country on Twitter. She demonstrated her concern about how the government is being unprepared under such a dominant situation.

She tweeted , “He promised we will know well in advance. But they are still figuring the guidelines…

This is similar to learning the entire syllabus the night before the final exam.”

He promised we will know well in advance. But they are still figuring the guidelines… 👀
This is similar to learning the entire syllabus the night before the final exam.

Kubra indicated the the government lacked preparedness and the ability to tackle with such a grave condition.

No sooner did she post it than a user commented to it advising her to leave the country.
“Why not leave India?”- said the user.

Kubra didn’t take a while to react in a rather humorous fashion.

No one can.
It’s a lockdown.
Kuch Bhi. pic.twitter.com/SuyeDBiN06

Her response was undeniably flawless. She knows how to tackle haters with a calm mind. Her last movie was Jawani Janeman starring Saif Ali Khan and Alaya F in the lead. Her performance was much appreciated in the movie too.