The Covid-19 pandemic may have reduced in intensity, but those who are being affected have to face immense amount of problems because of the inadequate resources available in our country. So much so, that a family had to carry their Covid-19 postive family member’s body on a bicycle as neither was an ambulance available nor did their neighbours and surrounding people help due to the scare of the infection. This incident took place in the Belagavi district of Karnataka on August 16.

The video of the family went viral on social media. The Congress state chief D K Shivakumar shared the video on Twitter and wrote, “Relatives of a 70-year-old person who died in Kittur, Belagavi had to carry the body for cremation on a bicycle in heavy rains.”

Expressing his concern over the Covid-19 affected patients he questioned the government saying, “CM B S Yediyurappa, where is your government? Why was an ambulance not provided? ….. Govt lacks humanity & has been a total failure in handling the pandemic.”

As per the reports received, the family members of the patients mentioned that he was feverish for two days and that the medical team had advised them to admit him to the hospital on account of showing Covid-19 symptoms. But as the family prepared to take him to the hospital, he passed away. The family also tried reaching the ambulance helpline only to get no response. 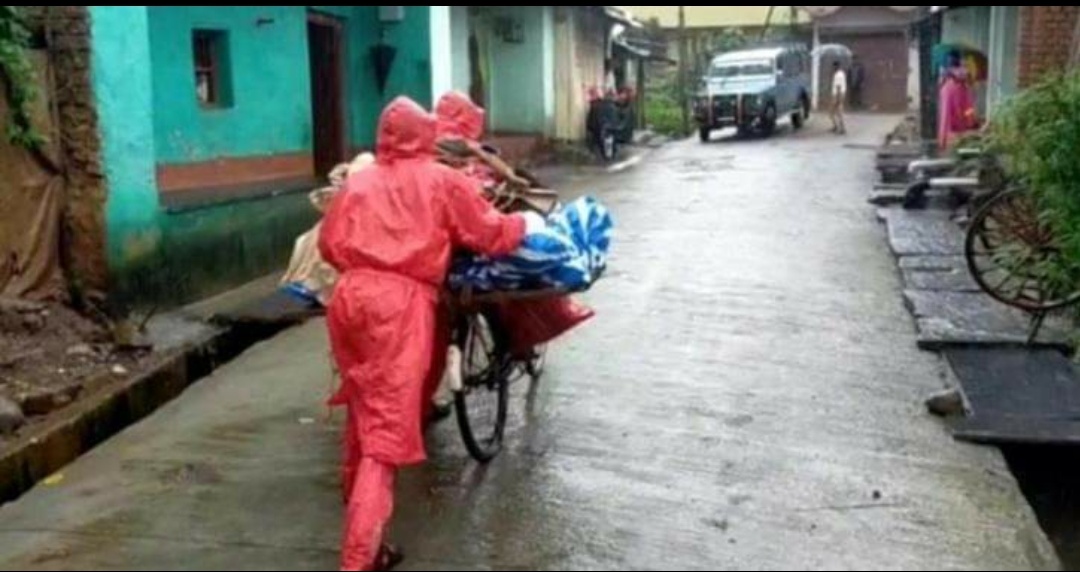 The family was completely helpless as the neighbours too did not help them as they were scared of contracting the virus. As a result, the helpless family had to carry the patient’s dead body on a bicycle to the cremation ground for the last rites.

Prabhas gears up for his another Magnum Opus ‘Adipurush’ with Om Raut; First poster out