Bigg Boss season 14 is not just a one of its kind season with contestants of the previous seasons being seniors in the show, but also proving to be a full on entertainer with every episode of its being broadcasted.

After the nominations of the week were done, Bigg Boss gave an opportunity in the form of a task for the fresher girls to save themselves and get the immunity to stay put in the house. While the task seemed to be rather simple, the ladies in the house made it look really entertaining! 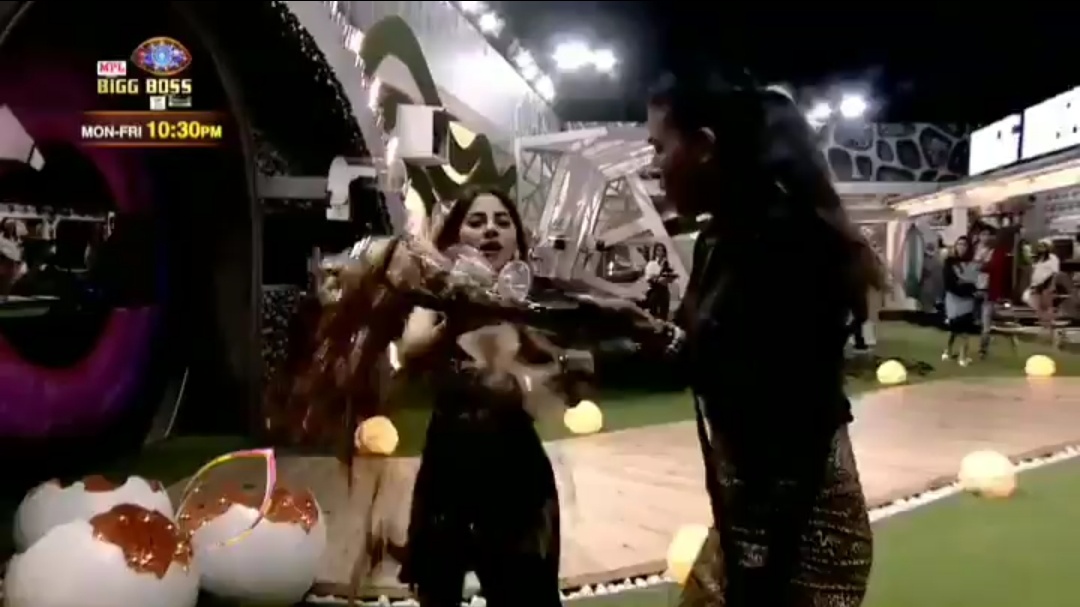 The task called as ‘Siddharth’s Beach Cafe’ involved the nominated fresher girls and Siddharth himself. As per the instructions, the girls were to carry a tray loaded with glasses filled with drinks from Siddharth towards the other contestants seated in the designated area. Bigg Boss girls however, tried to push one another to stop them from reaching the finish line.

While the stills from the video indicate Nikita Tamboli as the winner of the task, the real results are still unknown. Nikita Tamboli had earlier indulged into gossiping about Rahul Vaidya alleging him of sending her voice notes and heart emojis.

Speaking to the co-contestants of Bigg Boss house Jaan Kumar Sanu and Nishant she had said, “He would send me voice notes, messages and his song recordings. He would give reply in ‘heart-shape’ emojis and all. So he knows me.” She further added, “How much do I control? He has a status and I am keeping quiet because of that. But how much do I control? I can let go once or twice”.