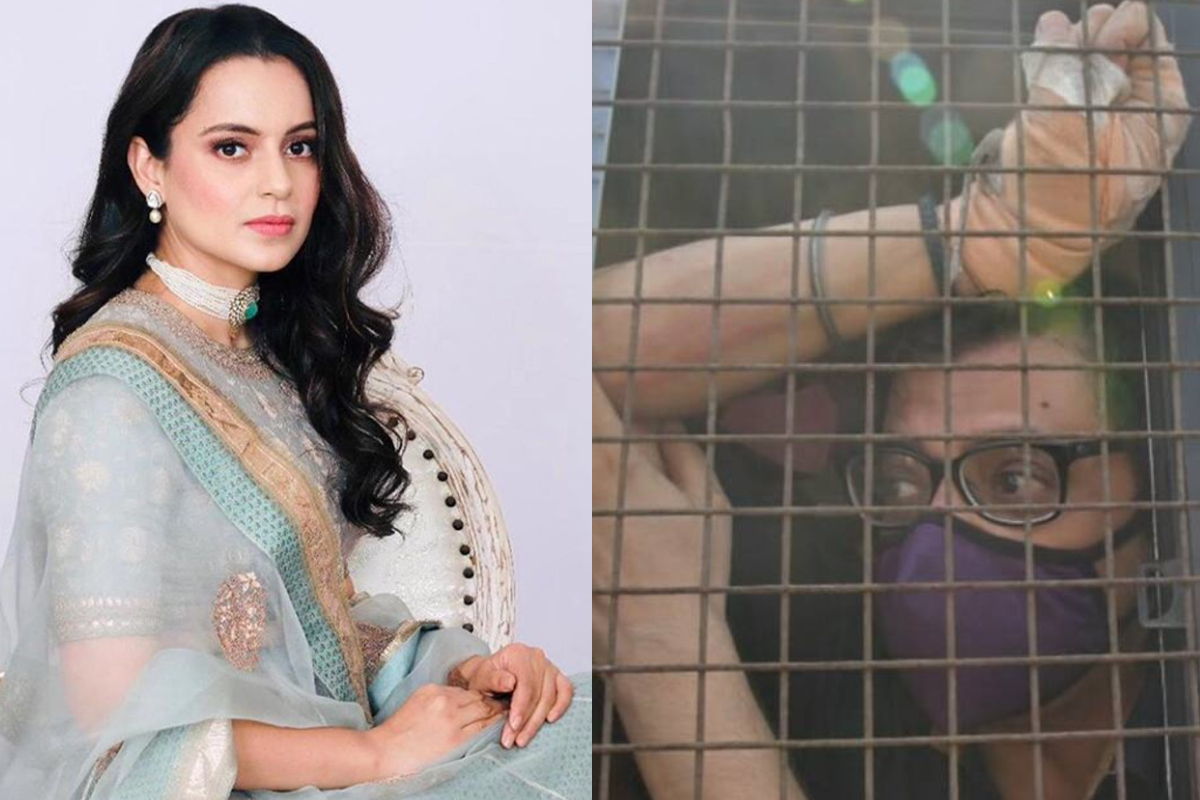 Republic TV editor-in-chief Arnab Goswami was reportedly arrested by Mumbai Police from his home, on Wednesday morning, in connection to an old ‘abetment to suicide’ case that was registered in 2018. As per Republic TV claims Arnab was assaulted by the Mumbai Police and was forcefully taken to Raigad. Reacting to the news, Kangana Ranaut shared a video slamming Maharashtra government for silencing people’s voice, on her social media.

As per recent reports, Arnab Goswami alleged that the Mumbai Police physically assaulted his mother-in-law and father-in-law, son, and wife. Now, reacting to Arnab’s arrest controversy ‘Queen’ of Bollywood, Kangana Ranaut, took to her Instagram handle and shared a video of her addressing the Maharashtra state government. The actress compared Arnab’s arrest to that of fighters who were silenced for their free speech. She said that today Arnab was assaulted and arrested, but people will keep speaking up. She also said that if one person’s voice is silenced, many others will raise their voice.

Meanwhile, Arnab Goswami has reportedly been detained in connection with the suicide of interior designer Anvay Naik and a case for abetting suicide was filed against him in Raigad.  In its police report, the victim’s family alleged that the suicide was over non-payment of bills.